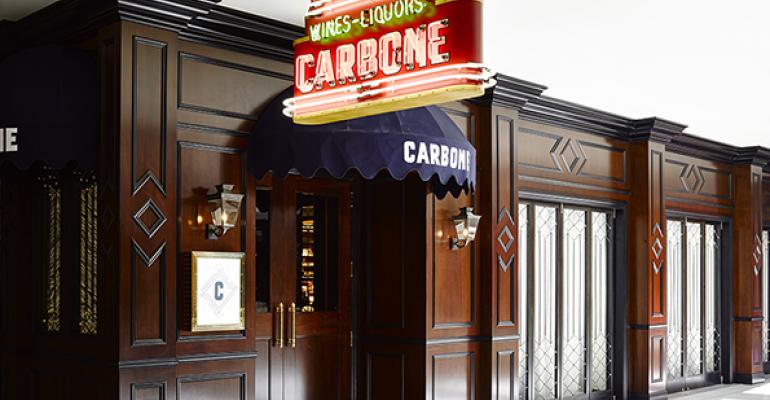 The critically acclaimed Carbone, which pays homage to the Italian-American restaurants of the mid-20th Century, now has an outpost at ARIA Resort & Casino in Las Vegas. The concept comes from NYC-based Major Food Group, which operates a variety of other restaurant concepts. Major Food, which landed on Restaurant Hospitality’s 2014 list of the The Coolest Multi-Concept Companies in the Land, is owned and operated by Mario Carbone, Rich Torrisi and Jeff Zalaznick.

While the menu will be similar to the one at the Greenwich Village restaurant, the design of the Las Vegas Carbone was inspired by the Rat Pack era. “Las Vegas and New York had a synergy during that time period,” says Zalaznick. “The same people who were eating at Rocco’s in New York were eating at the Sands in Las Vegas with similar experiences, including captain-driven service and tableside presentations. Carbone at ARIA will embody that glamorous era of Sin City.” Here’s a peek inside.