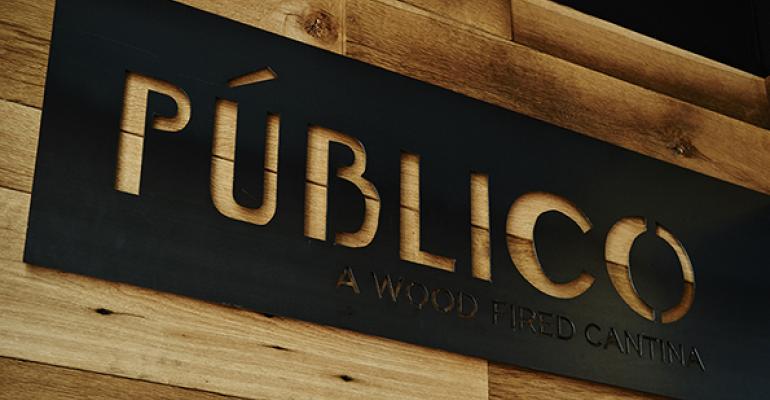 One of St. Louis’s most creative chefs may also be its most restless. Mike Randolph first surfaced six years ago with the opening of Good Pie, a Neapolitan pizzeria. He followed that with a breakfast and lunch spot called Half & Half. He then decided to open Half & Half for dinner as MeDIAnoche, which served modern Mexican cuisine. After several months he shut down the Mexican concept and replaced it with an even more ambitious dinner concept called Little Country Gentleman, which offered a tasting menu. He eventually closed that while maintaining operations of Half & Half for breakfast and lunch. Randolph then began work on Público. Everything he had done up to that point was leading to this new place, which the St. Louis Post-Dispatch described as one “of the most thrilling restaurants to open in St. Louis so far this decade.” We’re hoping this one is going to stick because his Good Pie pizzeria is soon to become Randolfi’s, an old-school southern Italian restaurant. Perhaps Randolph does have too many ideas in his head, but just one visit to Público will make you forget about everything but the outstanding, creative food in front of you. His motto, wisely, is 80 percent approachable, 20 percent innovative. A perfect example of this is Randolph’s arepas, the traditional corn pancakes, but with a creative turn. One version, called Higado, calls for a topping of lamb liver butter, fried sage and maple syrup. Yum! Clearly Público has put Randolph on track to become an icon of the St. Louis dining scene. We’re just glad to be around to see observe him on the rise.