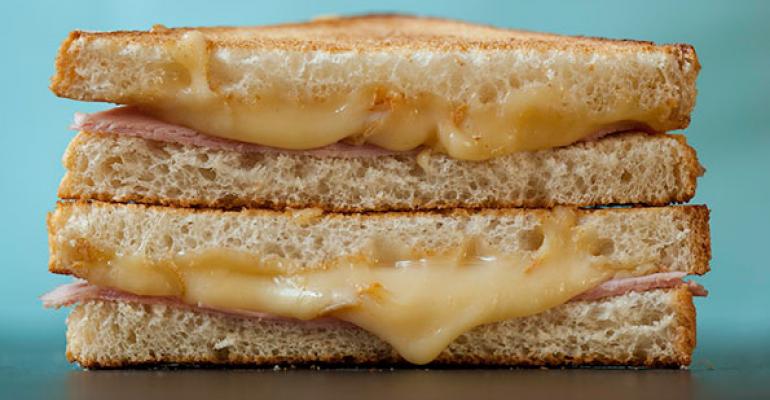 La Maison du Croque Monsieur
Home base: New York City
Key players: Alberto Benenati and Yves Jadot
First store: New York City; 2012
Units open: 1
Growth plans: “The idea is to have more around the world,” Jadot says, adding there are plans for one in Belgium and a few more in New York.

Back story: Yves Jadot is a veteran of the New York restaurant scene, opening several Petite Abeille locations in the city, as well as ¡Vamos!, Raines Law Room and Jones Wood Foundry.

At Petite Abeille, the Croque Monsieur, a popular French snack made of grilled ham and cheese, became one of the most popular selling items. So Jadot and his partner came up with the idea to create a concept based solely on the sandwich, and thus
La Maison du Croque Monsieur in Greenwich Village was born.

“In Paris, the sandwich is usually served open face,” Jadot says. “But since we’re fast food, we weren’t able to do open faces and ended up closing the sandwich.”

“We are in a very young neighborhood where they really appreciate the product,” Jadot says.

One challenge has been the fact that a croque monsieur in France is typically a snack, but New Yorkers often expect it to serve as a meal. Thus, they’re looking for a heftier sandwich. Jadot says he and his partners have decided to stick with the traditional serving size and hope his customers take it for what it is.

“The last thing you want to do is put 10 slices of ham on the sandwich,” he says, “then it’s going to be really heavy.”