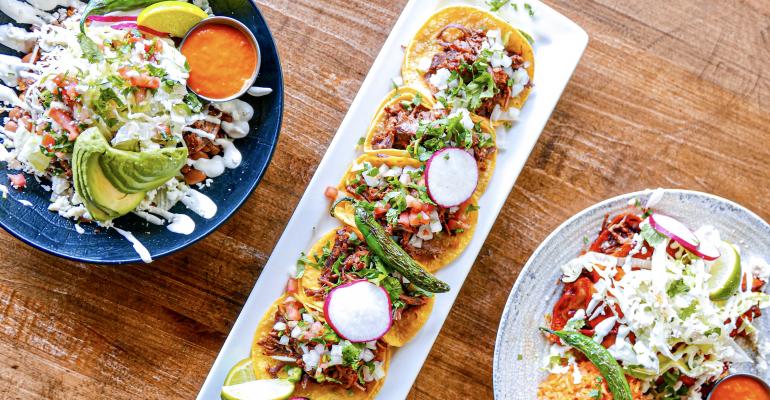 Hisham Abdelfattah is a high-level restaurant operator-turned-food truck owner who is bridging the worlds of Muslim dietary rules and Mexican food with the launch of El Halal Amigos.

“Halal” is an Arabic word that means lawful, and refers to food that is allowed to be eaten under Islamic law, and while El Halal Amigos may be Mexican food, it adheres to those dietary rules.

Abdelfattah says that while he is of Palestinian and Filipino descent, he believes he is Mexican at heart, and cooks that way too. 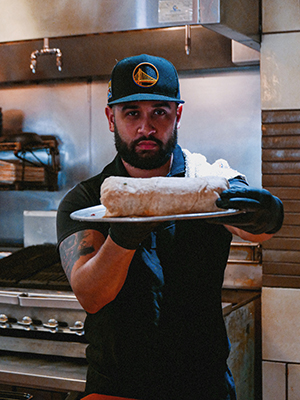 A native of California’s South Bay area, Abdelfattah went to the California Culinary Academy in San Francisco and has been working in restaurants ever since, where many back-of-the-house workers are Hispanic.

“I was so exposed and intrigued with the Latin cultures,” he said. “I’m fluent in Spanish but can’t speak Tagalog or Arabic. I consider myself Mexican in my heart.”

Bringing together his love for Latin customs and his faith as a practicing Muslim, he said he realized how little halal Mexican food was on the market and wanted to bridge that gap. So he purchased a food truck, applied for a loan, and turned the concept of El Halal Amigos into a reality.

Now a fast-casual brick-and-mortar restaurant in the Willow Glen neighborhood of San Jose, Calif., you’ll find your traditional Mexican items available on the menu, although none with pork. Tacos, burritos, and plates come with a choice of proteins including brisket barbacoa, chicken al pastor, carne asada and vegan potato-and-cauliflower.

Abdelfattah said that, apart from being halal, the ingredients he buys are what sets the restaurant apart. He said he purchases ingredients from as far away as Zitacuaro, in the Mexican state of Michoacán, and uses street-style cooking techniques from Mexico City.

Abdelfattah launched the El Halal Amigos food truck when he and his friends were struggling during the pandemic. Prior to that he was a managing partner at Bay Area concept Tacolicious. He also previously worked for Main Street Burgers and The Cheesecake Factory. 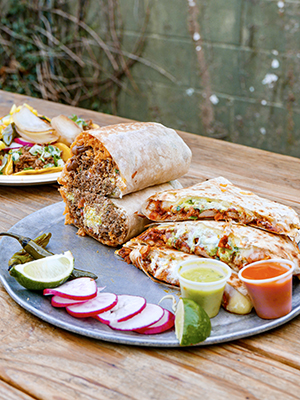 “We were all hunkered down and scared, so we thought, what do we have to lose?” he said of the onset of the pandemic.

Abdelfattah said he couldn’t just stand by and watch his friends suffer as they struggled to find assistance, and felt compelled to help. So he put his energy and focus into finding a way to feed everyone, giving him a purpose during the difficult time.

He’s happy the business is growing, and said opening a food truck was a first, and a last, for him.

“I don’t wish a food truck to my worst enemy,” he said, particularly finding the permitting process to be grueling.

Abdelfattah said while he is just “breaking even” at the moment, he’s still finding a way to give back. He is donating a portion of proceeds every month to charity and working with Islamic Relief USA to send relief to Palestinian children and the people of Beirut, Lebanon.