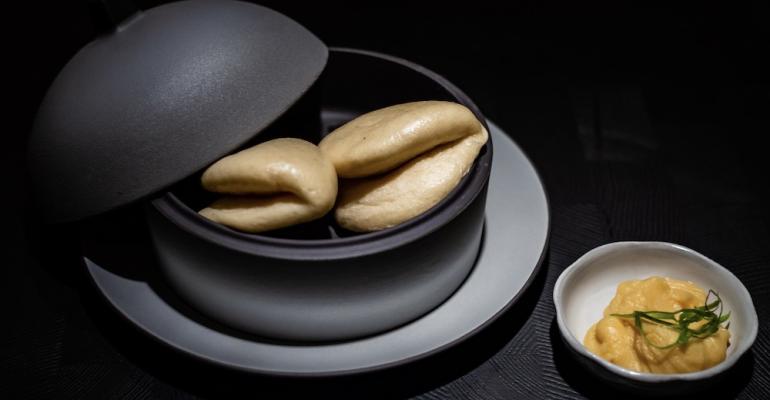 Start Slideshow ›
Bao, shao bing, and scallion pancakes get the mashup treatment across the country

Chinese cuisine in the United States has been evolving ever since the first immigrants from across the Pacific arrived with the Gold Rush in the mid-1800s. Initially, and for many decades that followed, it was altered based on what ingredients were available stateside and what suited mainstream American tastes, meaning that much of the Chinese food here would be foreign to anyone in China.

But in recent years, and now that more than five million Chinese-Americans live in the U.S., more authentic flavors and styles from China and Taiwan have been spreading on menus.

Chinese food is now one of the three favorite “ethnic” cuisines in the United States, along with Mexican and Italian, and it has truly entered the mainstream, even in areas where European influences have been dominant, such as in bread and pastry.

For Lunar New Year, which is on Sunday, we take a look at how Chinese food, and its dough and pastries in particular, are being used across the American dining landscape.

Chefs and bakers in the U.S. are taking some of the foundations of Chinese cooking to create items that are both unique and also rooted in the America of today, with all of its international influences.