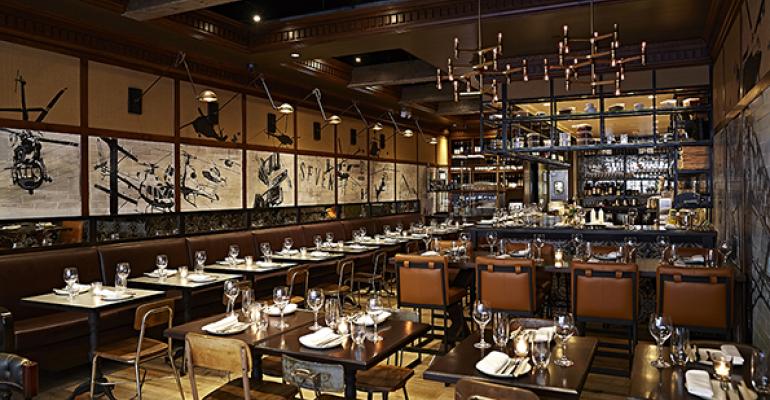 Blackhouse Hospitality recently opened its sixth restaurant, Little Sister Downtown, a reimagined interpretation of its Manhattan Beach counterpart. Located in downtown Los Angeles, the new restaurant has an expanded menu that features the cultural and culinary influences of imperial rule in Vietnam during the 19th century.

“Little Sister Downtown is the restaurant I’ve always dreamt of opening,” says chef/partner Tin Vuong, who teamed with partner Jed Sanford on the project. “In many ways, it embodies my journey as a chef.”

Vuong’s grandparents fled Vietnam during the fall of Saigon and passed along a wealth of culinary knowledge that inspired his cooking style and the cuisine of Little Sister. Here’s a look inside.

All photos by Daniel Collopy