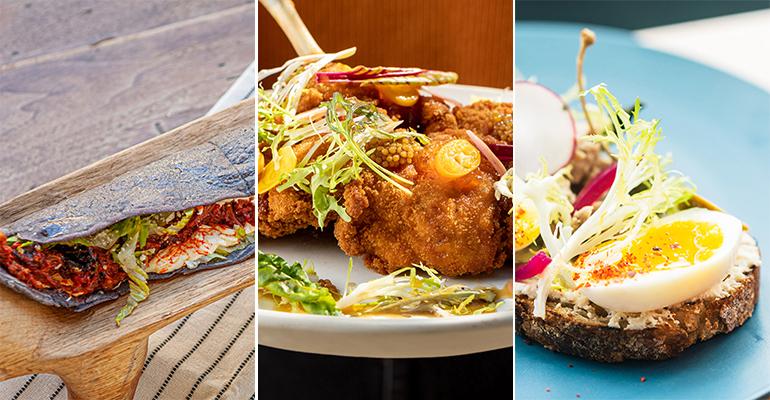 The cycles of restaurant life must continue. How do we know? Well, Wolfgang Puck is back in West Hollywood, for one.

At Merois, in the mixed-use Pendry West Hollywood on Sunset Strip, he’s dreamed up a menu with crispy scale whole black sea bass and Japanese A5 New York strip, along with vegan sushi, squid noodles of thin calamari in a Thai basil scented ginger-garlic clam broth to name a few things.

And Ospero is Puck’s Euro-casual café in the Pendry, right on the corner of Sunset Boulevard and Olive Drive. An all-day menu includes classic salads, handmade pastas, vegan dishes and those famous Wolfgang Puck housemade gourmet pizzas that started it all for him in California way back when.

Other new restaurants piquing our interest — and our desire to once again travel — include New Belgium Brewing, the craft beer giant’s first restaurant, led by husband-and-wife duo Chefs Laura and Sayat Ozyilmaz; a “20,000 Leagues Under the Sea” experience at the Nautilus Pier 4 in Boston; husband-and-wife duo Michael and Kwini Reed’s new Poppy & Seed, an airy greenhouse restaurant; James Beard Award winning Chef Christopher Gross’ Christopher’s at the Wrigley Mansion and a few more.