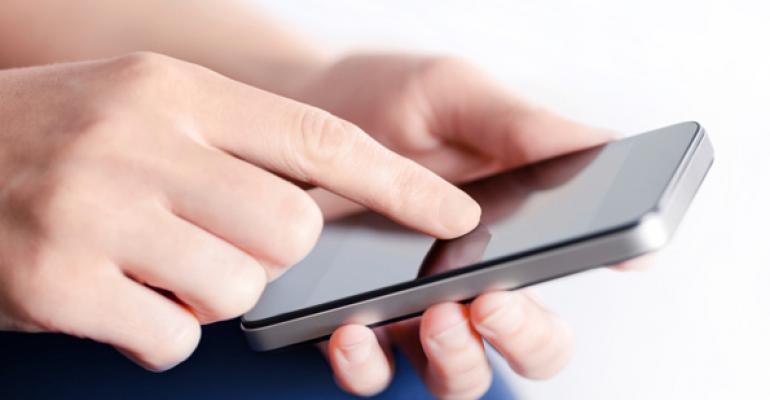 If you’ve been reluctant to make information about your restaurant easily searchable on mobile devices, the time to capitulate is here.  A new study from custom market research firm Chadwick Martin Bailey finds that 81 percent of smartphone-owning consumers search for restaurants through mobile apps and 75 percent make dining decisions based on those search results.  It’s a huge market segment your restaurant may be missing.

“Eighty-four percent of consumers look at more than one online menu when they are making a dining decision. Moreover, 62 percent are less likely to choose a restaurant if they can’t read the menu on their mobile device,” says Chadwick Martin Bailey v.p. Kristen Garvey. “The math is simple. It’s no longer okay to ignore your online and mobile presence. If a restaurant’s online menu is updated and available on mobile, it has a distinct step-up over competition in terms of conversion.”

• 81 percent of consumers have searched for a restaurant on a mobile app in the last six months.

• 92 percent of consumers have searched for a restaurant on a web browser in the last six months.

• 75 percent of consumers often choose a restaurant to dine at based on search results.

• iPhone owners are more likely to search for a restaurant than other smartphone owners.

• 80 percent of consumers think it’s important to see a menu before they dine at a restaurant.

• 84 percent of consumers are likely to look at more than one restaurant before choosing where to dine.

• 70 percent of consumers think it is important to be able to read the menu of a restaurant on a mobile device.

• 62 percent of consumers are less likely to choose a restaurant if they can’t read the menu on a mobile device.

Numbers like these make it clear where the market is going.

“Consumers today are armed with so many resources that they don’t have to make guesses on what any given restaurant might serve them and they expect that the information they find will be accurate,” says Constant Contact’s Wiley Cerilli. “What we are seeing with the results of this survey is that online menus are essential in bolstering a restaurant’s ability to attract new patrons. Those that are able to manage and update online menus in an effective and efficient manner are poised to benefit from repeat business and long-term success.”

Estimates call for 192 million U.S. smartphone users by the year 2016, with an annual U.S. growth rate of 33 percent as measured in unit shipments from mobile phone manufacturers.

If you were holding out for convincing evidence that it’s time to make your restaurant’s menu and information easily accessible via smartphone, the wait is over. Many consumers live their lives through their phones today. If potential customers can’t easily read your restaurant’s information on their device, chances are they won’t be coming to your restaurant.