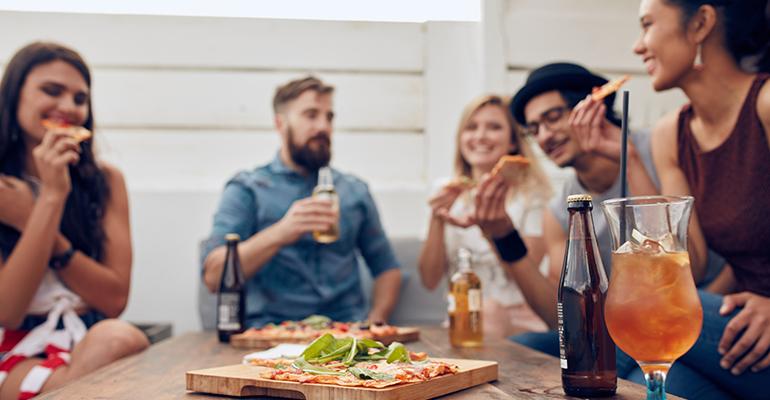 Marketing your restaurant to millennials

Take heart if you can’t quite figure out how to market your restaurant to customers ages 18-35. A new study provides a framework that could help operators do better with these hard-to-figure-out patrons. The key: Tailor your message to the subgroups within the millennial demographic most likely to respond to it.

Who’s in these subgroups? That’s what the Corn Refiners Association, working through its CornNaturally educational arm, sought to find out. Its study, conducted by Ipsos and BuzzFeed, came to this conclusion: “While millennials have different food preferences than older generations, they also have unique preferences within their own generation.”

Nominally, the study looked at an issue crucial to CRA’s members: do millennials check food product labels for sweetener ingredients the way other age cohorts do. The answer: while millennials pay more attention to nutrition labels than do other demographic groups, they are less concerned about specific sweeteners, i.e., high fructose corn syrup. They look at total sugar content instead.

HFSC issues aside, other data gathered and analyzed for this study turned out to be of high importance for restaurant marketers. In particular, two of the four primary millennial subgroups identified by the CRA study are the most logical targets for restaurant marketing campaigns.

One key group was dubbed the “balance seekers.” They account for 16 percent of the total millennial population and spend the highest percentage (47 percent) of their food dollars on dining out and food delivery services. The CRA study describes them this way:

They “take a well-balanced approach to life. They are conscious of overall health but don’t demonize specific ingredients. They are early adopters of food trends and are socially conscious.”

Here are the primary characteristics that mark this group.

• Most connected on social media (72% have more than 300 followers)

• Most likely to be influenced by what they read online (37%)

A cohort dubbed “bon vivants”  is the other millennial demographic segment restaurant operators should get to know. Forty-four percent of their food budget goes toward restaurant purchases, and this group accounts for 28 percent of the overall millennial population. They’re “interested in eating out and finding new, exciting dining experiences. Compared to the other three segments, they avoid specific foods and ingredients the least.”

• Fewer than half are college educated (41%)

• Spends an average amount of time on social media (19.4 hours a week)

The study’s authors suggest these three takeaways for restaurant marketers.

1. Millennial segments that dine out the most are more educated than other segments, more apt to live in urban areas and are more likely to be ethnically diverse.

2. Balance seekers are very active on social media. They tend to influence and be influenced by their social network. They are mindful of overall health, without demonizing specific ingredients.

3. Bon vivants are much less active on social media. They spend less time than balance seekers sharing their experiences with food and beverages online. They’re also the least concerned about overall health.

The study identified two other segments, both of whose members spend more of their money in grocery stores than in restaurants.

“Traditionalists” account for 37 percent of the overall millennial population. They are the most likely to be single (69 percent) and live in a nonurban area (70 percent) and are “not an early adopter of new foods.” Those in this segment spend just 26 percent of their food budget at restaurants. They average 12.5 hours per week on social media, the least of any group.

“Food purists” make up 19 percent of the overall millennial population. Eighty-six percent are female and this segment “has the highest level of ingredient and food avoidance.” Purists spend spend 28 percent of their food dollars at restaurants. Their social media habits are average (19.7 hours per week) but their food attitudes are unlikely to be influenced by what they find there. Just 10 percent say they are influenced by what they read online.