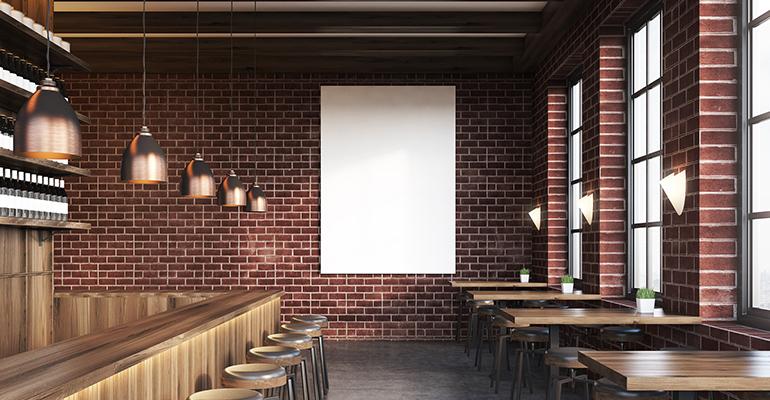 11 ways to survive the slow season

College towns and tourist hotspots overflow with bustling restaurants during the school year and peak travel season, but what happens when the kids go home for summer and the harsh winter sets in?

Some operators cut hours, take their own vacation or eventually shut down for good. Others figure out how to strap in, plan ahead and thrive in the downtime. Here are 11 ways you can do the same.

It may seem premature to start thinking about Christmas during the summer, but when you’re located in a seasonal area like the historic West End Historic District of Dallas, it’s never too early to start planning ahead for the slow times, according to Jay Khan, owner of RJ Mexican Cuisine.

“By July, we’re already focusing on December,” Khan said. “December in the downtown market is really tough. If we don’t have Christmas season reservations lined up, we’ll be slow.” The vendors you’ve been working with for years want to help you succeed through a slump. Khan said most vendors are open to assisting with special promotions that help you, while also promoting their brand.

“You don’t have to have that money come from your own pocket because there are so many vendors that want to get their brand name out there,” Khan said.

Call and visit local businesses, shake hands and give out samples. Not only is this a great way to drum up catering business and large party reservations, but RJ Mexican Cuisine has also formed a mutually beneficial arrangement with a local hotel concierge that awards the hotel a gift certificate after a certain number of referral cards for free appetizers or desserts are brought in by hotel guests.

“We have a guy who cold calls local businesses, takes samples to them and books their catering,” Khan said.

In addition to running contests on Facebook for guests to win $50 for checking in at the restaurant, Khan said he’s also been running various employee contests for the past 14 years.

“The employee contests are usually a month long and can range from selling the most tequila to a prize for the most perfect checks that month,” he said. “A perfect check is when the server is able to sell an appetizer, entrée with add-ons, and dessert or after-dinner drinks.”

From June through mid-August, Athens, Ga., loses around 30,000 of its residents when students from the University of Georgia head home for the summer. Rob Longstreet, owner of Craft Public House in Athens, said he decided to hire a public relations specialist in April to help with the slow times.

“We wanted to attract locals, especially non-college students, particularly those who have not been here before,” Longstreet said. “Our publicist has come up with special events we haven't tried before such as a cocktail tasting, pop-up kitchen at the local farmers market, an art event with a local artist, and beer and wine dinners. We've also recently launched weekly promotions to target more people.”

When trying to attract new, local customers, sometimes a new special is all it takes.

“Our Wine Tuesday has been fairly popular,” Longstreet said. “With this promotion, we offer half off select bottles of wine with the purchase of an entree or two small plates. We didn't want to exclude the beer enthusiasts, so we also created a Pint Night on Thursdays, when local drafts are $4 a pint after 4 p.m., which has definitely boosted our Thursday sales.”

Khan suggested taking a cue from restaurant chains if you’re located in a place with budget-minded guests.

“The dinner for two specials, where you buy one and get one free, always work great to bring people in,” he said. It doesn’t have to be a holiday to have a party. Why not invite a local artist, author or business person to show their new art, sign books or discuss new changes in the community? Locals love attending events during the week, especially if you pair them with food and drink specials.

Longstreet had one of his busiest Tuesdays when Craft Public House hosted a well-known artist.

“His participation brought in a lot of new customers,” he said. “We purposely hosted the event on a Tuesday during happy hour to encourage attendees to stay for the restaurant's recurring Wine Tuesday promotion.”

Pop-up events have become a popular way to meet new customers outside of your own restaurant. If there’s a farmers market or even a noncompeting business nearby, consider hosting a pop-up. Craft Public House participated in a Saturday pop-up kitchen at the nearby Athens Farmers Market, Longstreet said. The restaurant handed out menus and business cards, promoted special events, and served three different menu items to satisfy different tastes and diets.

Take advantage of the fact that many of your competitors may be taking a break during the slow months. This is the best time for you to promote what you have going on through social media, email and to the local press.

Craft Public House publicizes promotions through Instagram and Facebook, encouraging the businesses it collaborates with to do the same, Longstreet said. A few weeks before the promotion or event, press releases and professional photos are also sent to local newspapers.

At RJ Mexican Cuisine, table tents, posters and e-mail blasts help to spread the word about upcoming events and promotions.

Remember all of those guests who booked birthdays, holiday parties and business lunches with you? Follow up and offer them a repeat booking discount. Let them know that you want your restaurant to be the go-to place for all of their parties. “We currently have our hostess going through all of our previous reservations and thanking them for coming in,” Khan said.

Still working on building an email list? Khan suggested taking down an email address every time you take a reservation.

“We let our guests know that an email helps to confirm the reservation,” he said. “Once we have the email, we don’t email more than once every three weeks.”

In addition to ramping up promotions and wooing new customers, Khan also suggested taking a look at your everyday operating costs, like gas, water and even utilizing timers for outside lights and adjusting them for daylight savings time.

“During the slow times, you won’t necessarily need a full back-of-house crew or a cook line full of product,” he said. “Bring people in when you need them, during the rush, and stagger their times accordingly during the rest of the time.”

Correction: June 26, 2017  An earlier version of this story misspelled Jay Khan's last name. It has been updated. This story has also been updated to clarify that Craft Public House hired a public relations specialist in April.