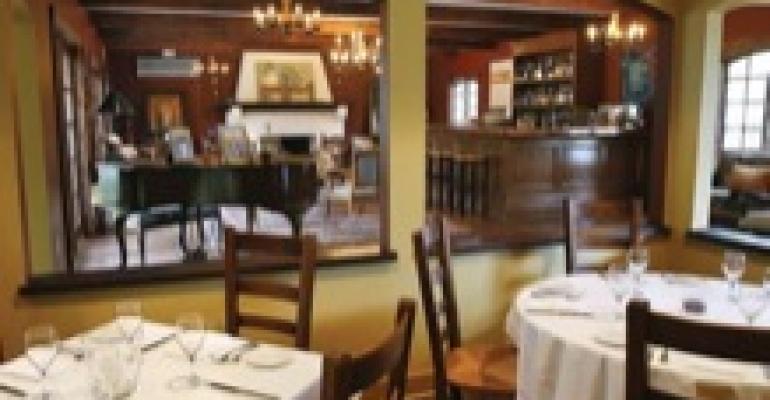 You'd think John Besh would have been ready to rest on his laurels after earning the 2006 James Beard Award for Best Chef/Southeast. That honor capped a period during which he'd spent a lot of energy nursing both his New Orleans operations—Restaurant August, rated No. 1 for both food and service by the new New Orleans Zagat Guide, and Besh Steakhouse—through the post-Katrina nightmare that has yet to fully release its grip on the city. But instead he began work on a pair of restaurants that debuted in the first half of 2007. First came his purchase and revival of La Provence in Lacombe, LA, where Besh now turns out old-school French Country cooking on the North Shore of Lake Pontchartrain. This opening was followed almost immediately by that of LUke, an Alsatian gastropub located inside the renovated New Orleans Hilton on St. Charles Ave.

Both ventures pay homage to neglected aspects of New Orleans' culinary heritage, one of them particularly personal to Besh. But opening two restaurants in one year, each a significant culinary departure from his previous specialties, on top of the two busy ones he already ran? What was the hurry?

"This might seem like a rush of expansion right now, but the timing is right and the opportunities are blessings," Besh says. "My goal is not to grow an enormous machine of a business—this is not a chain—but to secure and preserve our city's food culture. Each of these restaurants represents a particular culinary passion of mine."

La Provence was more than that. It was where Besh first worked as a chef de cuisine. He spent his time there as second-in-command to chef Chris Kerageorgiou, the French native who had opened this well-regarded outpost back in 1972. Besh came on board in 1995 and found himself living every upand-coming culinarian's dream. "When I worked for Chris," Besh recalls, "he would send my wife and me to France to experience the true Provence." You can't ask much more from a culinary mentor than what Kerageorgiou did for Besh.

When the 79-year-old Kerageorgiou's health began to fail, Besh saw a chance to pay back his mentor and keep a fine restaurant going. He bought La Provence early this year. "This is what every restaurateur dreams of: John Besh, my protege, continuing my vision for La Provence long into the future," said Kerageorgiou when the deal was announced.

La Provence closed for remodeling in February and reopened in April with Steve McHugh, Besh's chef de cuisine at August, at the helm as chef/partner.

Unfortunately, Kerageorgiou did not live to see the reopening. But while that part of the dream goes unfulfilled, Besh now owns a fine country French restaurant located across Lake Pontchartrain from New Orleans, about an hour's drive away. The cuisine still blends French techniques with local ingredients, giving each dish a special Louisiana flair. The renovation includes a one-acre kitchen garden where specialty vegetables are being produced in raised beds, plus two acres dedicated to small livestock, including pigs and chickens. Meyer lemon and satsuma trees border the whole works.

If you're looking for a loving restoration, this is the one. "This was not just Chef Chris' business, it was his life," Besh notes. "I am only making changes that correspond with his vision for the future of La Provence. I have no doubt he'd be pleased with its new life."

Restoring La Provence to glory was a huge task, but Besh had another iron in the fire. Almost concurrently, he was creating Luke, a restaurant that harkens back to the early days of New Orleans dining, "I have long wanted to bring back from extinction the great old brasseries that used to thrive in New Orleans. Luke is that labor of love," says Besh. He describes its cuisine as "Alsace meets New Orleans. This is everyday food. It may not be special occasion fare, per se, but it's comforting and wholesome–a lot of favorites that were brought over from the old country. Don't be surprised to see matzo ball soup on the menu." There's an extensive French, German and Belgian beer selection, plus three custom-brewed beers. Wines are mostly from Alsace and Germany.

Luke occupies the space that formerly housed Susan Spicer's Cobalt. After a significant restoration, the restaurant's interior now enables guests to travel back in time, recreating an early era of New Orleans. Functioning as the hotel restaurant for the Hilton New Orleans on St. Charles Avenue, Luke serves breakfast, lunch and dinner. The restaurant's executive chef is Jared Tees, who last ran the kitchen at New Orleans's noted Bourbon House.

So Besh is one busy guy these days. He mans the stoves at his flagship August, oversees his busy Besh Steakhouse in the nearby Harrah's Casino and focuses on getting La Provence and Luke into high gear. And he still maintains his advisory post as executive consulting chef at N'Awlins restaurant at the Horseshoe Casino in Tunica, MS. He's following his heart with his two latest projects, but given his track record, we're expecting two more big successes.