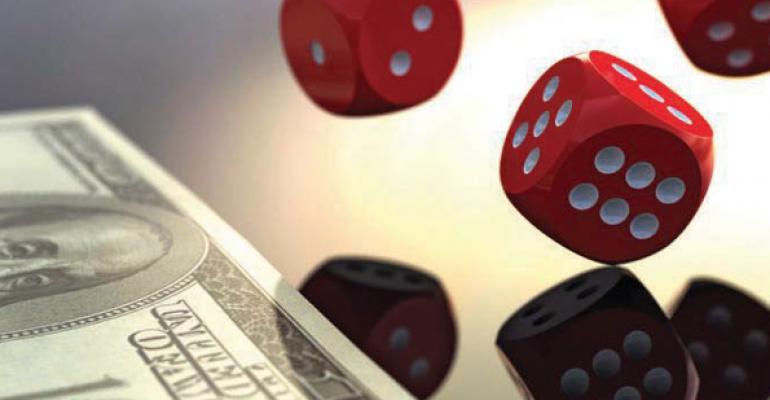 In the May issue, editor Michael Sanson discussed a new Food Network show called Kitchen Casino, where chef contestants must gamble in a casino-like setting while also competing in a cooking challenge. He suggested this and other cooking shows have gone too far and are now demeaning to chefs. He asked readers if they agree and the following are excerpts from some responses.

I agree that it has gone too far. But Americans are causing a  lot of this. We watch crap reality shows that break, demean and degrade people. A perfect example is the British version of Chopped vs. the American version. On the British Chopped, contestants congratulate each other and work together. On American Chopped, it’s about talking bad about each other and knocking each other down. 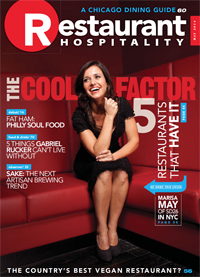 I, too, was dazzled by shows like Iron Chef and Chopped. Then one day it hit me—I had no idea how the food on the shows really tasted. As a chef for 25 years, I know that sometimes they’re just putting lipstick on the pig.  Remember, it’s a show!

I felt compelled to write to say you are not getting cranky in your old age, at least not with regard to your letter about Restaurant Casino. I had the exact same response. Dignity goes a long way in every industry.

What concerns me is the false realities these shows create  for the next generation of restaurant professionals. Young adults are getting into the industry with false hope and coming out with debt and crushed dreams.

The Food Network is no longer relevant, if it ever was. They dumb down food and make restaurants seem like games. In my 30-plus years in the business, there is very little, if anything, I can glean from their lineup of shows.

I don’t have a television. I have never seen Chopped or Iron Chef or any of them. I’m not against TV nor am I trying to make some sort of stand, I just have never been able to sit in front of it for very long. I used to watch a couple shows in the early days of the Food Network. There were some solid talents there, but when Emeril got applause for saying “Bam!” for adding salt? Dude, c’mon!

I am a sous chef and dining room manager for a hotel in northern Michigan. I love my work. I have a staff of 80 and most days are crazy; all different, but all the same. When I got home last night, my wife said “Hard day? What happened?” My answer was “Oh, I don’t remember.” I laughed and had actually forgotten what made me nuts.

I have found that the glitter and glamor of the Food Network’s shows give an empty impression of the culinary life. I love my life as ‘captain of the pirate ship.’ I have young culinary students who are mixed in with the old school, hard-bitten, line cooks. I have the lifer dishwashers and the strange array of great and talented people who are the backbone of the industry. Twenty five years of this and I’ve had a great time. I have stepped on all the right rocks. There is promise of more and cooler adventures in the place I am. All good. In my spare time—bahahahahha, spare time—I am a firefighter/EMT and Taekwondo Instructor. On my last day off, I rode 467 motorcycle miles to clear the cobwebs out of my noggin. Before I did that, I made poached eggs on toast with orange and lemon zest for my bride before she went to work. I met her in culinary school 25 years ago. Is this a chef’s life? I guess so. It’s what I do.

Spent, leaning against the wall and looking forward to a cold beer, I shot a note to a friend about my night and it went something like this: “Pizza party for 50 and a plated dinner for 130 at the same time. Did not have enough grilled asparagus and had to pull that out on the fly. A full dining room and one cook short on the line. Had to counsel two cooks for being turds and a waiter for having B.O. Don’t remember seeing that in culinary school.”

I agree that it’s silly the way TV portrays chefs. It’s a cool and very high-speed business. There are plenty of crazy twists in our days and no need to make up silliness. We are a tough bunch who work in a setting that would make many crumble. We don’t mix well with polite society. In the end, I walk out of my job very satisfied. There is no need to add unrealistic and goofy facets to the job. They are already there.