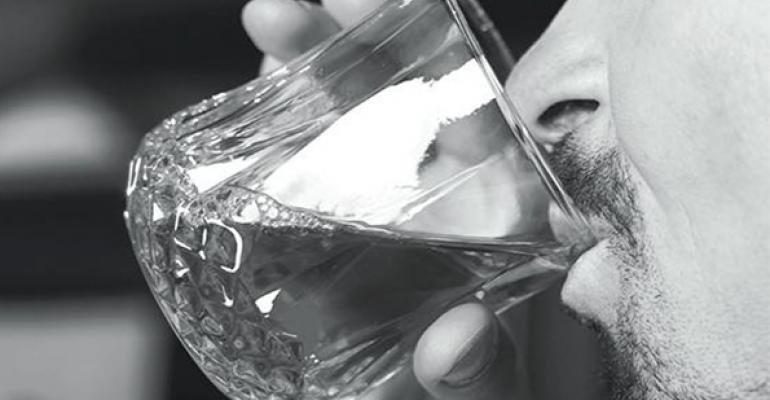 Do your restaurant cocktails have legs?

In the February issue, editor Michael Sanson wrote that he believes many cocktail creators are not taking the time to drink their creations from beginning to end. Some cocktails, he says, just don’t have staying power. By the time you get to the end, it becomes cloying or simply tiring. He asked readers if they agreed or thought there was something else at play. Here are excerpts from letters we received.

I, too, am a fan of the classic cocktail (or something new which approximates the oldies but goodies). If it were up to me, my drink menu would be packed with the likes of the Jack Rose, the Dirty Shirley, the Negroni and other tried and true old favorites. However, there are two things that make this nearly impossible unless you operate in a large urban center with a sustainable customer base for a cocktail parlor.

The first thing is that the American public loves its sugar, for better or worse. You have to provide for the popular palate of the consumer, which means frozen drinks, fruity drinks, sugary drinks that make your teeth hurt and so on. The second thing is the necessity to get drinks across the bar in a timely manner.

I appreciate a finely crafted cocktail, but I really don’t like to wait 20 minutes while the drink crafter hand selects the mint leaves or tenderly juices a ginger root as they chant an ancient bartending incantation. In that case, I’ve usually lost interest before the finished product even arrives.

Now to your point: I have learned through bitter tears (not of mine, but those of a bride who had asked me to create a signature cocktail for her wedding) that creating a cocktail and taking a sip through a stir stick and calling it a day doesn’t work. It was shame on me for trying to take the easy road and ruining an otherwise happy occasion.

You have to drink the entire drink, in the average time it would take to consume normally. This is especially important in drinks served with ice. You have no idea how it will finish, unless you finish it. I should have known better. After all, I know that a bottle of single malt scotch will change character as the bottle gets emptier as well and as it swirls in a snifter. I know that wine will change as it warms, cools, aerates and ages. You never know how things will mingle.

So, my best advice to the artisans of the cocktail craft is to select your ingredients carefully, think about what you intend your finished product to be and drink the whole drink before you declare victory. As a matter of fact, drink it twice and invite a few of your friends around to drink it as well. After all, you’re not creating it for yourself.

Truthfully, I think there is nothing to say. You said it all this time. A cocktail is the beginning, the middle and the end of a great or very bad experience. Like a great cup of coffee after a great meal, it’s usually the last impression that matters and can kill everything.

By the way, at the end of March the wife and I are doing an educational drinking and eating tour of Charleston. I will take your article and put it to the test. It will be a fun-filled day of seeing if a drink truly has legs.