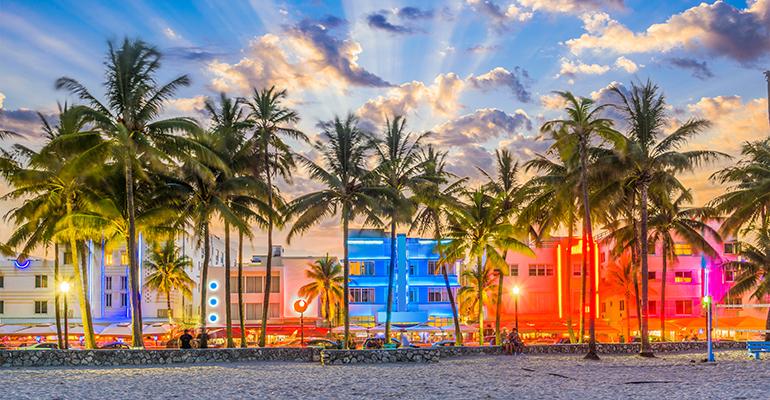 Sean Pavone / iStock / Getty Images Plus
Operators across the Southeast react to the passage of Amendment 2 in Florida – $15 per hour minimum wage by 2026.
Operations>Legal

What does $15 per hour minimum wage in Florida mean for restaurants?

Florida last week joined the eight states and the District of Columbia as jurisdictions moving toward a $15 per hour minimum wage.

More than 60% of state voters last week approved Amendment 2, a ballot measure that will phase in an increase the state’s current minimum wage of $8.56 per hour to $15 per hour by Sept. 30, 2026. Starting in 2027, the wage rate will be indexed with the Consumer Price Index, according to Florida law.

The Florida Policy Institute, or FPI, an independent research group, said the amendment would impact roughly 2.5 million Floridians, about 26% of the state’s workforce.

The FPI asserts in its report that the wage increase would improve racial and gender pay inequities.

“Nearly 1 in 3 (29.8%) of working women would benefit from the minimum wage increase, compared to 22.5% of working men […] Black and Latinx workers would stand to gain the most from this policy change, with 36.3% of Black workers and 34.7% of Latinx workers seeing a pay increase,” the report said.

For restaurant operators across the state, there were mixed reactions.

Restaurant industry trade associations and many business owners said the wage increase would be a devastating blow to an economy already weakened by the pandemic.

“Given the devastating impacts COVID-19 has already had on Florida’s economy, we are extremely worried about the job losses and business closures that will accompany this mandate,” said Carol Dover, president and CEO of the Florida Restaurant and Lodging Association, in a statement.

According to an economic impact survey cited by the association, Floridians in the restaurant industry have already lost 336,000 jobs during the pandemic and the passage of Amendment 2 would eliminate another 158,000 jobs by 2026.

The survey, conducted by Dr. William Even, Miami University, and Dr. David Macpherson, Trinity University, was prepared in partnership with Save Florida Jobs Inc. Save Florida Jobs Inc. is a political action committee and, according to Transparency USA, received $175,000 in donations from the National Restaurant Association PAC and the Florida Restaurant and Lodging Association PAC.

“I understand how much it costs for training … and keeping good employees is crucial,” said Luciani. “You can build a better workforce without all the turnaround.”

“The majority of our employees already earn more than $15. We will see some impact, but we are confident with our ability to stay ahead of this and adapt to the change. The phased-in approach gives everyone time to adjust,” a Bloomin’ spokesperson told Nation’s Restaurant News.

Darden did not respond to a request for comment.

Holly Sklar, CEO of the advocacy group Business for a Fair Minimum Wage, contends an increase in the minimum wage actually helps restaurants and business owners.

During the current recession, the economy needs the boost, she added — noting that lawmakers also need to pass legislative relief, including the RESTAURANTS Act, which would offer a lifeline to restaurants struggling to survive during the crisis.

Business for a Fair Minimum Wage also supports a $15 per hour federal minimum wage by 2024 and has restaurant signors, including &pizza.

Saru Jayaraman, One Fair Wage president and co-founder, argued that the next step should be eliminating the tip credit — a move her organization has long advocated nationally.

“Florida’s new legislation that will increase the minimum wage to $15 an hour by 2026 will help to lift hundreds of thousands of working people in Florida out of poverty and allow them to feed their families during the current severe economic crisis and beyond. It is an important first step, but it must be followed up with immediately by including thousands of workers who are currently excluded from the minimum wage, including tipped service industry workers, workers with disabilities, incarcerated workers and gig economy workers,” said Jayaraman in a statement.

The last time voters enacted a minimum wage hike, outside of Florida’s annual adjustment for inflation, was in 2005 when the state increased the minimum wage from $5.15 to $6.15 per hour.

According to The Palm Beach Post, after the last wage increase in Florida, “unemployment in the state dropped from 4.9% to 3.1%  in 2005 and the state added 200,000 jobs that year, many in the leisure and hospitality and food service sector that were supposed to be devastated by the wage increase.”

Viewpoint: The Employee Retention Credit is a valuable benefit that may well take the place of expiring PPP Loans
Mar 29, 2021