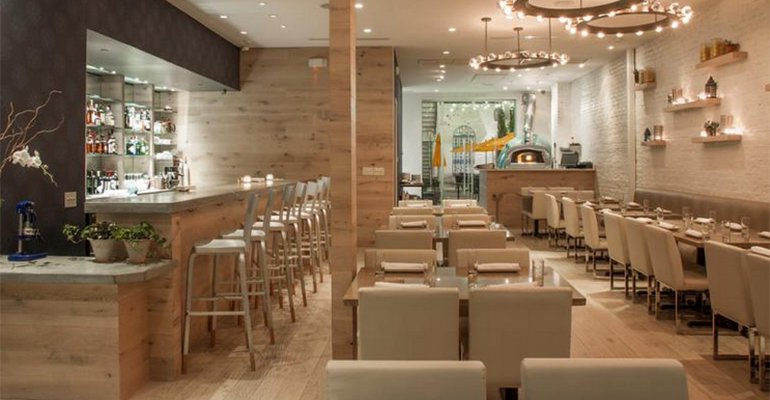 Namesake chef will have no further affiliation with restaurant Shaya or sister brands, according to a report

The restaurant group owned by John Besh will continue to use the name “Shaya” for its Israeli restaurant, according to a settlement reported by the New Orleans Times Picayune on Wednesday.

Besh’s BRG Hospitality — formerly known as Besh Restaurant Group — has been embroiled in a bitter trademark dispute for about seven months over the restaurant Shaya and sister brands developed with former partner and executive chef Alon Shaya.

Terms of the settlement were not disclosed, but the report said Shaya agreed to have no further involvement with the restaurant Shaya or sister concepts Domenica and Pizza Domenica, which he also developed with the group.

BRG Hospitality fired Shaya in September. In court filings, he claimed he was dismissed in retaliation for speaking to a Times-Picayune reporter about allegations of sexual harassment at the company.

In October, Besh stepped down as CEO of the multi-concept group following a report in the Times-Picayune alleging widespread sexual harassment.

In a statement, both sides made conciliatory comments, according to the report.

Shaya said, “I am thankful for the support and opportunities the BRG team has provided me over the years.”

Partners Octavio Mantilla and Besh of BRG Hospitality said in a joint statement, “Alon is a gifted chef and we look forward to seeing where his many talents will lead him in the future.”

Alon Shaya went on to launch his own restaurant company called Pomegranate Hospitality, which is scheduled to open a new Israeli concept in New Orleans next month called Saba. The group is also planning a second restaurant called Safta in Denver.