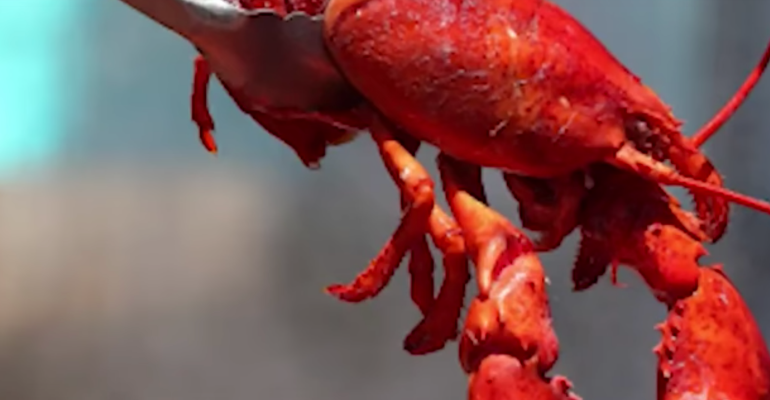 Video of the week: Maine restaurant sedates lobsters with marijuana

The owner claims the method is a more humane, less painful way to cook the crustacean

Before Charlotte Gill cooks up lobsters at her restaurant Charlotte's Legendary Lobster Pound, she sedates them by pumping marijuana smoke into their enclosures. The owner of the Southwest Harbor, Maine, concept claims this allows the animal to feel less stressed before dying, which in turn makes for a tastier meal.

However, Gill's unconventional method has fallen under scrutiny, as state health inspectors are currently conducting an investigation on her restaurant, according to CBS News.