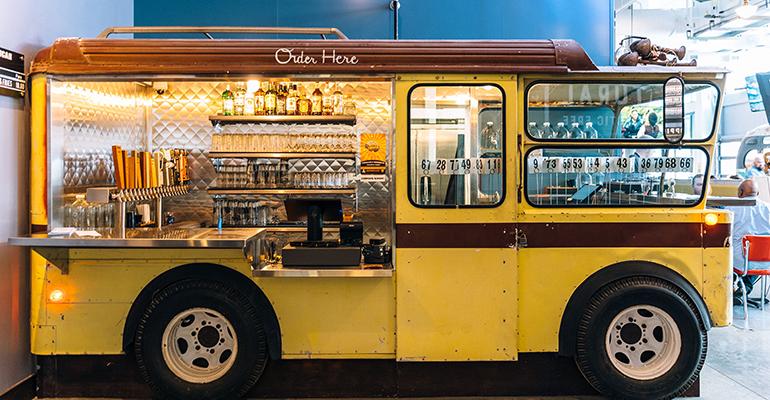 Minneapolis and St. Paul are hotbeds for restaurant innovation

On April 15, a blizzard of “historic” proportions slammed Minnesota, closing the Minneapolis airport, disrupting business and discomforting winter-weary denizens. At the time, residents of Minneapolis-St. Paul were still in recovery mode from a February trial-by-snow when they lost more than one-third of their street-parking space to accommodate the massive piles of white stuff resulting from a “record-breaking” snowfall.

So, it’s reasonable to ask how one of the coldest metropolitan areas in the nation also plays home to one of its hottest restaurant scenes? Whether because of or in spite of incredibly inclement conditions, local restaurateurs have turned up the heat on innovation, particularly when it comes to creative reuse, repurposing and recycling.

Diners jonesing for pancakes and pies in suburban Golden Valley will find instead pad Thai and pickled vegetables at Lat 14 Asian Eatery, where chef-owner Ann Ahmed pays homage to her Lao culinary culture in a beautifully converted Perkins Restaurant & Bakery. The sophisticated bar produces a panoply of rainbow-hued cocktails, crystal chandeliers illuminate eclectic, Asian-inflected art and the dishes celebrate the flavorful foods found along the fourteenth parallel north of the equator, a line that runs through Laos, Thailand, Cambodia, Vietnam and, farther east, the Philippines. 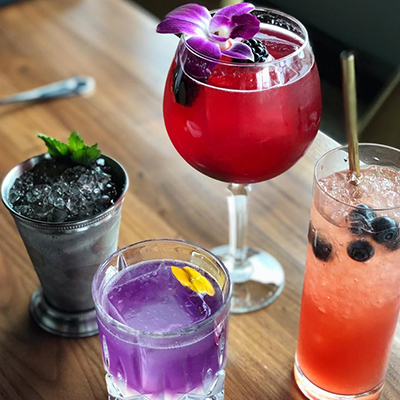 The menu invites diners to “travel the globe in a single meal” with tasty treatments like Bison Laab Tartare, a play on the minced-meat salad and unofficial national dish of Laos, in which bison stands in for pork and toasted-rice aïoli replaces the typical fish sauce. Brunchers can choose the Breakfast Eggroll with Filipino Longonisa sausage patties and Sriracha ketchup, or they can opt for the comforting Khao Piak Sen, Lao soup made with hand-cut tapioca noodles, chicken broth and shredded chicken.

Across town in St. Paul, part of the former Schmidt Brewery has been reimagined as Keg and Case West 7th Market, home to a diverse assortment of restaurants, retailers and, of course, that requisite of all latter-day food halls, an artisanal brewery. In this case, Clutch Beer Company fills some big Schmidt shoes with hand-crafted ales and lagers made with locally sourced ingredients. 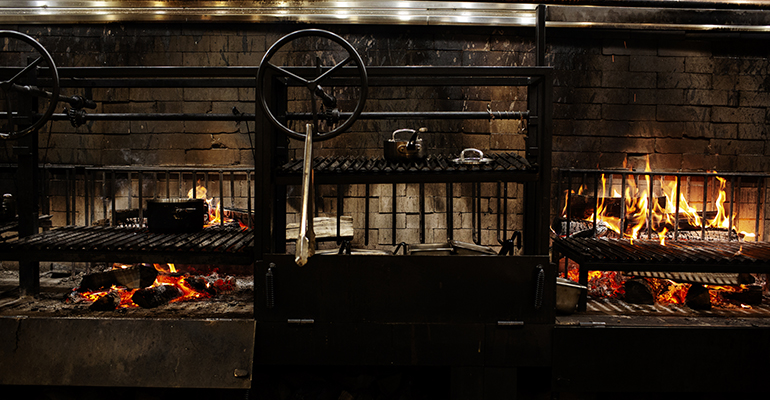 Anchoring the complex is In Bloom, a fine-dining concept in a soaring loft-like space. Formerly home to the keg warehouse, it now houses a massive, 18-foot-long hearth, with cords of wood piled on either side providing both fuel and a design statement. The interior is a little bit steampunk and a little bit rock ’n’ roll, and the menu follows suit as chef Thomas Boemer’s bill of fare nods to the north woods with specials like venison tartare with preserved lemon aïoli and cocoa-scented backstrap, the venison equivalent of the tenderloin, that he serves with chestnuts, shallots, bacon and mole. Mushrooms crop up all over the spring menu — lion’s mane, morels, porcini — along with tender seasonal greens like pea tendrils, ramps, nettles and fiddlehead ferns. Taking time away from its weather coverage this January, the Minneapolis Star Tribune named In Bloom the “Restaurant of the Year” for 2018, a singular achievement in such a competitive restaurant market.

Adaptive reuse is also the name of the game for Cargo Food Authority and Bus Stop Burgers and Brewhouse, sibling concepts in high-volume downtown Minneapolis. The former dishes up food from four recycled, graffitied shipping containers. The tables are made from shipping pallets, cocktails are on draft and live musicians are on stage. Customization is the name of the game for the four food groups on offer: mac & cheese, tacos, wings and pizza. Specialties include chicken wings with mango-and-curry sauce and, in a fun nod to a local institution noted for gastronomic excess, Minnesota State Fair Mac with cavatappi, creamy Brie, fried Spam, cheese curds and scallions topped with shredded cheddar and panko. 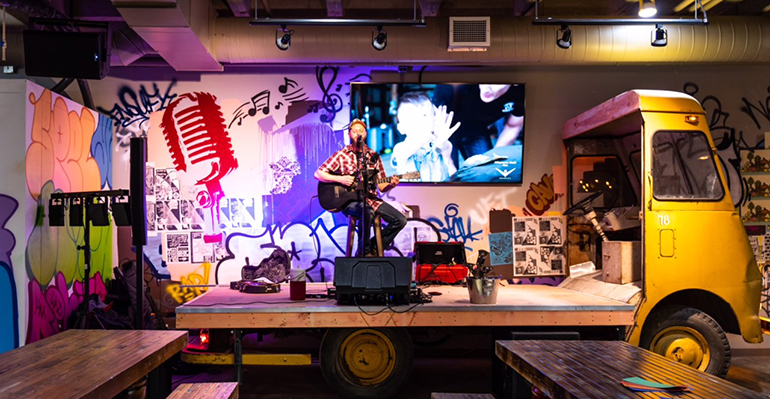 Bus Stop is a travel-themed venue that has turned a city bus into a bar and placed the order taker in a transformed trolley. Burgers include the Samurai Cow Burger with shishito peppers, ginger, shichimi seasoning (a chile blend made with seven peppers) and “yum yum sauce”. The draft-cocktail list includes perhaps the ultimate homage to the ultimate Twin-Cities pop icon: Purple Rain is made with vodka, blueberry, cranberry and grape fleur. These last are fruit juice extracts, and when combined, they give a colorful salute to His Purpleness.

And Bus Stop’s staff clearly understands the need for speed: On a cold weekend this winter when the Vikings were in town, the operation realized a sizzling $60,000 in sales in a 3,800-square-foot space with a 400-square-foot kitchen.

Instagram-worthy neon burger concept from Milan opens as ghost kitchen in LA
May 27, 2021