New on the Menu: Onion Carbonara, gnocchi with beef heart and maitake tostadas 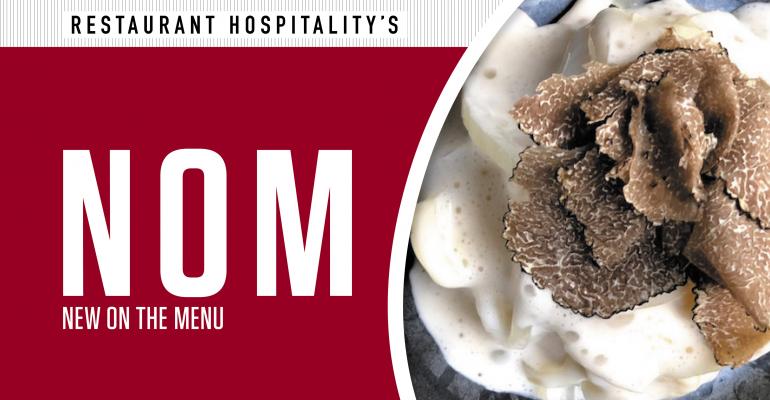 Start Slideshow ›
Plus the latest from Alon Shaya and Shaun Hergatt

Alon Shaya’s much-anticipated Miss River restaurant has opened at the new Four Seasons hotel in New Orleans, and on the menu is a refined $18 oyster dish based on the patties sold at JazzFest, but with upscale touches such as caramelized local shiitake mushrooms and sherry vinegar.

Shaun Hergatt, chef and owner of Vestry in New York, meanwhile, has squash blossoms stuffed with shrimp in a saffron sauce.

We’ve grown accustomed to zucchini being substituted for pasta, but at Wicked Jane, a new Manhattan restaurant by chef Zod Arifai, onions are the substitute, and they’re topped with black truffles.

In Somerville, Mass., at a new restaurant called Premiere on Broadway, chef Dan Bazzinotti is paying tribute to his Peruvian wife by putting grilled beef heart on his gnocchi, along with butter and corn, and in Chicago there’s a new restaurant called The Duplex that plans to completely change its menu every six months, not only with new dishes but with two new chefs from two different restaurants. AT the moment chef David Rodriguez is serving up tostadas with salad greens, requeson cheese and battered and fried maitake mushrooms.