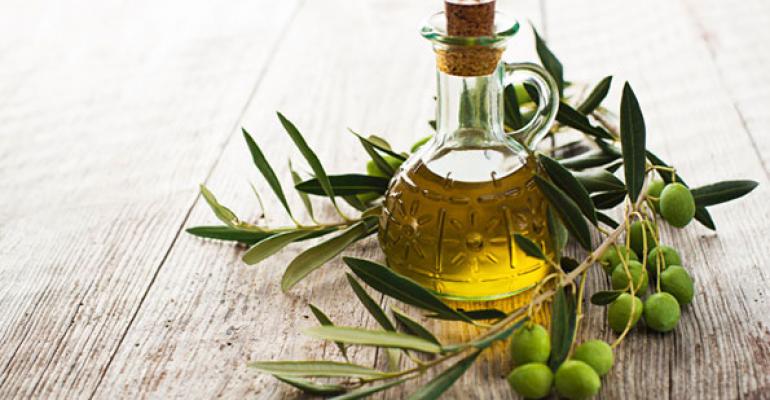 A new warning from the National Consumers League, a group that has been combatting food fraud for more than 100 years: When it comes to buying extra virgin olive oil, make sure you do your homework.

The group recently tested 11 national brands of extra virgin olive oil products and found that only five of them met requirements to be termed “extra virgin.” Six failed to meet International Olive Council standards required to be considered extra virgin quality, or free of any defects.

The results, according to the NCL, underscore the need for food purchasers to do their research, beware of misidentified food labels and stick with brands they can trust. In the recent past, NCL has ousted bottles labeled “100 percent real lemon juice” that fell far short of 100 percent and brought lawsuits against bakeries and national restaurant chains for using labels that indicated products had a higher whole grain content than they actually did.

Olive oils are classified based on their chemistry, flavor profile and presence of defects, and are labeled extra virgin, virgin, ordinary and lampante; extra virgin is the costliest variety. An olive oil found to have any defects cannot be classified as “extra virgin,” and lampante indicates that oil is not fit for human consumption.

The group purchased 11 different varieties of olive oil, all labeled extra virgin, from four major Washington-area retailers (Whole Foods Market, Trader Joe’s, Safeway and Giant). The oils were shipped to the Australian Oil Research Laboratory and analyzed with a variety of tests. The following five products were found to have no flavor defects and were correctly classified as extra virgin:

The group contacted the six companies whose oils failed the tests for EVOO but declined to release their names.

• Check for harvest dates or “best by” dates.
• Avoid buying oils in clear glass bottles, which promote degrading.
• Remember that the USDA Organic label is  no indication of authenticity, nor is the fact that the oil is from Italy or another producing country.

“The results of our olive oil testing reveal that, while consumers are buying and paying extra for olive oil labeled EVOO, too much of the olive oil bought off the shelf isn’t the real deal,” says Sally Greenberg, NCL’s executive director. “It’s mislabeled, or it’s been degraded over the course of the shipping and storage process.”

Several other authoritative sources have tested EVOO in the last several years and made similar findings. Therefore, some states are enacting stricter olive oil labeling and grading standards, such as California, where rules include more precise requirements for testing for adulteration.

Mislabeling is something the restaurant industry has been focused on for years.

The practice forces restaurants to overpay for lesser-quality fish and shellfish, which leads to customers who find their meal less palatable than they had hoped. It spurred researchers at the University of South Florida College of Marine Science last year to roll out GrouperChek, a handheld sensor capable of sniffing out fish fraud on the fly.