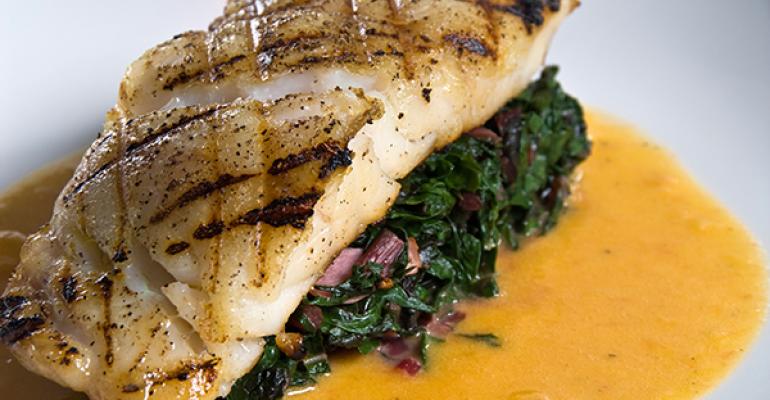 Grouper gets a guarantee

The days when restaurant operators had no defense against unscrupulous suppliers who wrongly label inferior species as grouper may soon be over. Researchers at the University of South Florida College of Marine Science are ready to roll out GrouperChek, a handheld sensor capable of sniffing out fish fraud on the fly.

It’s a huge breakthrough from the operator’s perspective. Restaurants can sell all the grouper they can get because customers are familiar with it and love its mild taste and appealing texture. But grouper’s popularity has led to market fraud.

"The demand for grouper in the U.S. is so strong that it cannot be met by the harvesting of domestic species alone," says Robert Ulrich, lead author of the research paper that details the science behind the new testing device.

“In 2012, over 4,000 metric tons of foreign grouper, worth $33.5 million, were imported into the U.S. This mass quantity of imported grouper creates opportunities for fraud, which can lead consumers to pay more for lesser valued seafood species and may allow importers to avoid paying tariffs," he added.

How do the fish fakers get away with it? One reason ersatz grouper is tough to identify is that operators purchase it in fillet form. With the skin, head and tail removed, it’s not visibly that much different from, say, basa or swai, two less-costly whitefish species frequently passed off as grouper. The difference in taste and texture becomes clear only after the fish is cooked.

What to do? Enter the GrouperChek. Instead of wondering whether the seafood item they are buying is really grouper and not a lesser species, operators can now know for sure. The University of South Florida describes the device—known formally as the QuadPyre RT-NASBA—this way:

“‘Is it grouper?’ The QuadPyre RT-NASBA gives this question a thumbs up or thumbs down rapidly, inexpensively and on-site-aboard ship, dockside, in warehouses or in restaurants. The instrument assays seafood samples using real-time nucleic acid sequence-based amplification (RT-NASBA). The handheld instrument that purifies and identifies the sample's RNA is a portable version of the lab-based bench-top model previously developed.”

How long does it take GrouperChek, the commercial name given to the QuadPyre RT-NASBA, to render its decision?

"Using the hand-held device, a complete field assay, potentially carried out at the point of purchase, requires fewer than 45 minutes for completion and can be performed entirely outside of the lab," says paper coauthor and biological oceanographer John Paul, a professor at the USF College of Marine Science. "Some past assay procedures could take hours, even days to identify samples."

USF researchers say the device is so sensitive it’s tough to fool, too. They claim it can detect fake grouper in a restaurant setting even after the fish has been cooked, even if it has been breaded and sauced.

Although the device makes is possible for grouper analysis to be performed at the restaurant level, it will most likely be used further up the seafood supply chain. Operators may come to expect that seafood supplier, whether a broadline distributor or seafood specialty house, will do this testing and pass along the results before the product in question is ever delivered to the restaurant.

Let’s hope they do. Seafood mislabeling causes operators to overpay for inferior species, and causes them to unwittingly mislead and overcharge customers. The need for seafood forensic technology may never end, but be glad this particular version is here.