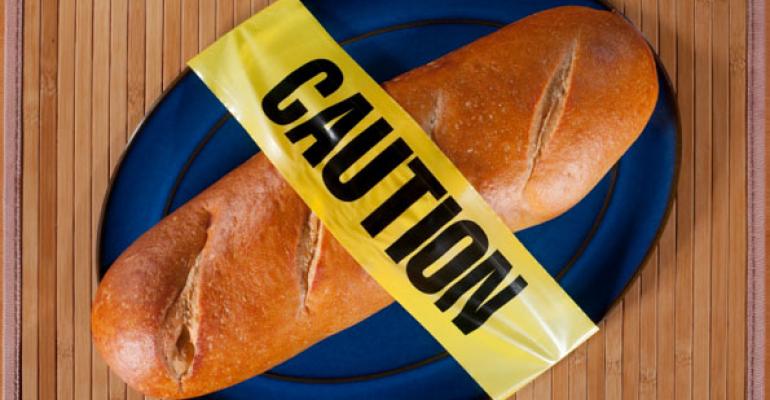 Gluten-free: A trend you can't ignore

The top dining and menu trend lists for the year almost all included some mention of gluten-free alternatives. There was good reason. The NPD Group revealed some staggering numbers: 30 percent of U.S. adults say they want to cut down or be free of gluten. And more than 200 million restaurant visits last year included consumers ordering food described as “gluten-free” or “wheat-free” — more than double what it was just four years ago.

Those numbers are too large for restaurant operators to ignore, says Bonnie Riggs, NPD restaurant industry analyst. “Restaurant operators and marketers can find opportunities to address consumer needs when it comes to their growing interest in cutting down on or avoiding gluten, like training staff to accurately answer customer questions, using symbols on menus and menu board.”

A bill has been proposed in Maryland mandating almost exactly that. House Bill 9 — Health - Food and Allergy Awareness — would require food establishments to display a poster for kitchen staff on cross contamination and include a menu notice for consumers, while also having available a designated “person in charge” who would be trained and then available to speak to customers with allergy concerns.

Celiac Disease, or gluten sensitive enteropathy (GSE), affects one in 133 Americans, according to the National Foundation for Celiac Awareness. 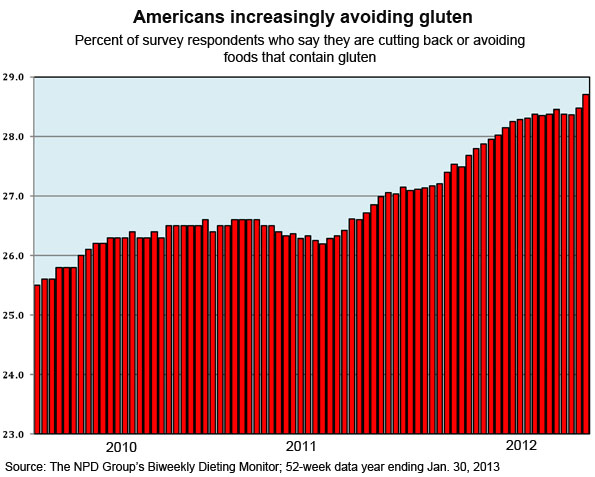 “A generation ago health was about avoiding fat, cholesterol, sugar and sodium in our diet,” says Harry Balzer, chief industry analyst and the author of Eating Patterns in America, an annual report from NPD. “While those desires still exist for many, they no longer are growing concerns. Today, increasingly more of us want to avoid gluten in our diet and right now it is nearly 30 percent of the adult population… and it’s growing. This is the health issue of the day.”

The National Restaurant Association, Sterling-Rice Group and Technomic all included some variation of allergy awareness and gluten-free alternatives on their top dining trend lists for the year. Gluten-free grains like quinoa, amaranth, millet, wild rice, corn, oats and buckwheat are becoming both a trendy and healthy alternative.

Even burger joints are getting in on the act. The Counter, a build-your-own burger concept based in Culver City, CA, just introduced its “Gluten-Free? So Can We” menu at its 33 locations.

May is Celiac Awareness Month and the Gluten Intolerance Group will again partner with restaurants offering gluten-free menu options. The Chef to Plate Gluten Free Restaurant Awareness Campaign is in its fourth year and encourages participating restaurants to post educational materials about the disease, and in turn, they’re listed on a directory of gluten-free restaurants at The Celiac Scene’s website. Last year more than 1,400 restaurants participated in the program.