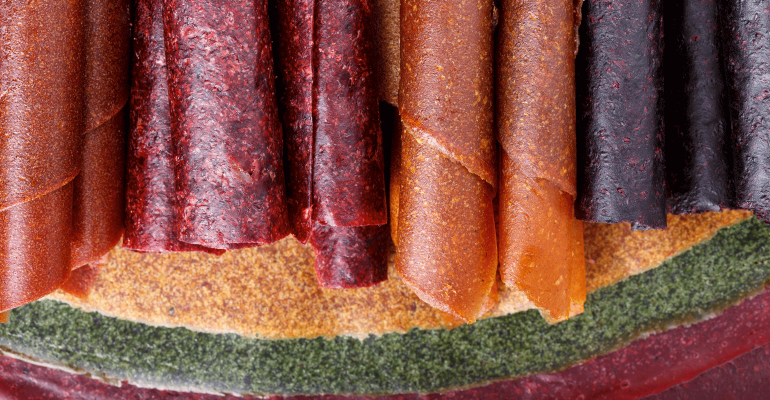 Leather has moved off the catwalk and onto the menu.

No longer merely a chic fashion statement or desirable automotive upgrade, leather is also making the culinary scene. Fruit and vegetable leathers are turning up in many innovative treatments, as chefs add a distinctly contemporary twist to an ancient technique.

Dried fruits have historically been staples in Middle Eastern kitchens, where dates, figs and raisins were sun-dried and prized for their concentrated sweetness, portability and long shelf life. While they’re more likely to be dried in an oven or dehydrator today, leathers are still valued for the bright burst of flavor and pop of color they provide.

The boomlet in fruit and vegetable leathers goes hand in glove with the much bigger boom in meat jerky, another product that is all cut and dried. While they lack comparable protein power, leathers afford restaurateurs a unique and attractive merchandising hook that can really light up a plate.