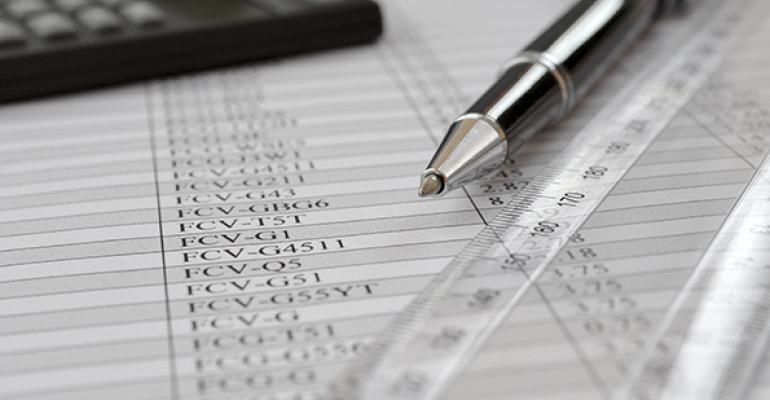 There’s been a lot of bad news about restaurant operating costs of late (we’re looking at you, Fight For $15). But a glimmer of hope can be found in foodservice distribution giant Sysco’s most recent quarterly results. During spring and early summer this year, there was “no food cost inflation,” says company president Bill DeLaney, and it doesn’t look like that situation will be changing anytime soon.

He’s in a position to know. Sysco’s annual sales to restaurant operators approach $50 billion. The company buys more food at the wholesale level than any other distributor, giving it a kaleidoscopic perspective on food pricing trends. In contrast, the U.S Department of Labor’s Bureau of Labor Statistics, which also tracks food inflation, generates its figures by surveying a systematic sampling of food-producing firms.

Here’s how DeLaney portrayed recent developments on last week’s conference call with analysts, during which Sysco executives discussed the company’s 4th quarter fiscal year (ending June 28, 2015) and full FY year 2015 results. Keep in mind that food cost inflation, a negative for restaurant operators, is a plus for Sysco, whose sales numbers grow each time it passes wholesale price increases to its operator-customers.

“We experienced nearly five percent food cost inflation during the first three quarters of FY 2015, and we managed it very well,” Delaney said. “However, food cost inflation in the fourth quarter was essentially flat which unfavorably impacted sales and gross profit growth.”

The rest of the year looks like more of the same.

“Early trends in FY16 are similar and we expect this to be a modest sales and gross profit headwind over the next quarter or two,” he added. Reiterating, a no-inflation headwind for Sysco works as a tailwind for restaurant operators.

Sysco c.f.o. Chris Kreider provided more detail. “Food costs inflation declined significantly from 5.4 percent in the first half of the year and 3.7 percent in the third quarter, to flat in the fourth quarter. During the quarter, we saw relatively modest inflation in the meat, poultry and frozen categories. Produce, seafood and dairy were deflationary.”

He also sees a stable food pricing environment going forward. “As Bill mentioned, we are starting the year off with little to no food cost inflation which will create a modest sales and gross profit headwind over the next quarter or two.”

But if and when modest food price inflation returns, Sysco’s operator-customers should be able to live with it.

“In the short term, we have for years said, and truly believe, that the optimal range of inflation for our customers is, and for us, is probably in the two to maybe three percent range” DeLaney explained to a questioner.

“That's a level that typically our customers can pass on and do pass on, and generally that's a level the consumer will accept. So when we are in those levels, we are able to have the best of both worlds, if you will, in terms of a little bit of a tailwind on inflation and at the same time it doesn't hurt demand to any large extent. We very seldom find ourselves in that zone and right now we find ourselves in a zone where there's little to no inflation.”

Readers who want a different perspective can check the 2015-2016 food price outlook provided by the U.S. Department of Agriculture’s Economic Research Service.

It gives category-by-category details of anticipated price movements and explains why they are likely to occur. Also keep an eye on the Bureau of Labor Statistic’s monthly Producers Price Index for food. July’s reading shows that food prices fell 0.1 percent during the month.

The Sysco earnings call also provided another indication about how well the restaurant business is doing overall: Operators are paying their bills. “We had an exceptional year in bad debt this year, knock on wood please,” DeLaney said. “So that benefited our fourth quarter numbers, as well as the year to some extent.” By virtue of its size, Sysco is the largest provider of trade credit to restaurant operators. Bad debt figures are a barometer of sorts about how the industry is doing. Right now, they’re positive.

No one is singing “Happy Days Are Hear Again,” but these trends are welcome developments for any foodservice operator.