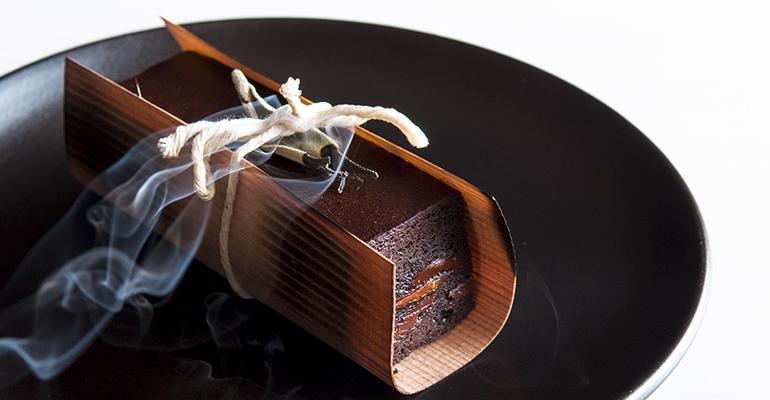 Brownies get the global treatment

Mole, burning sage and more spice up a new generation of sweets

According to Datassential’s latest Dessert Trends Keynote report, 41% of consumers are very interested or interested in global desserts, while 55% of operators offer them or would be interested in offering them.

To satisfy diners’ sweet tooths, some chefs are taking the trend to the next-level by combining global desserts or ingredients with one of America’s most beloved treats — the brownie.

“Traveling around the world has really influenced my style as a chef,” said Christina Kaelberer, executive pastry chef of Edward’s Dessert Kitchen in Minneapolis.

Kaelberer’s latest creation is a mole spice brownie with pecan caramel, inspired by her recent travels to Xico, Mexico, for a wedding.

“There was a woman selling over 100 different types of mole made with different nuts like pepitas, pecans, etc.,” said Kaelberer. “I thought about how to use the mole as a surprise ingredient in the brownie.”

Kaelberer says the chocolate-based mole blend she uses adds a warm spice complexity and the pecans and caramel add the finish to this dessert, which she describes as a brownie that is “taken up a notch.” 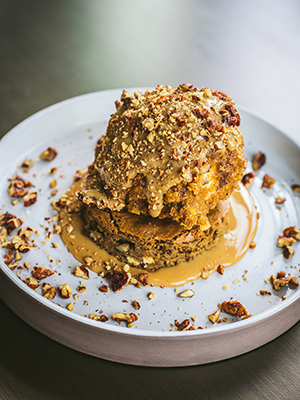 “I wanted to create a nostalgia-inspired dessert that combined two of my favorite things, baklava and brownies,” George said.

George scents the brownie batter with black pepper, wraps it in phyllo dough and brushes it with walnut honey syrup. Then he deep-fries it and serves it warm, similar to a French beignet. It’s topped with a walnut oat crumble also scented with black pepper, and a dark chocolate dip. He garnishes it with whipped cream and red currant “caviar.”

Burning sage, a tribal practice of some indigenous peoples of the Americas, makes its way onto the menu at New York City’s Dominique Ansel Kitchen in the form of a sage smoked brownie.

The dessert is a fudgy dark chocolate brownie wrapped with cedar paper lined with fresh sage leaves. It is served warm, the cedar paper torched to release a fragrant, smoky aroma.

“With the sage smoked brownie, we wanted to give it that slightly smoky, woodsy aroma,” chef Dominique Ansel said.

"Our signature Rice Krispie chocolate chip cookie [Rice Krispie treat bites on top of chocolate chip cookies] has been such a hit over the years, proving that hybrid dessert treats really resonate with our guests,” Summer House Santa Monica’s divisional pastry chef Erin Mooney said. “So we are always looking for new ways to combine sweets, and peanut butter and brownie felt like the natural, delicious next step.”