New on the Menu: Mashama Bailey’s food in New York and a hot chicken mashup with karaage 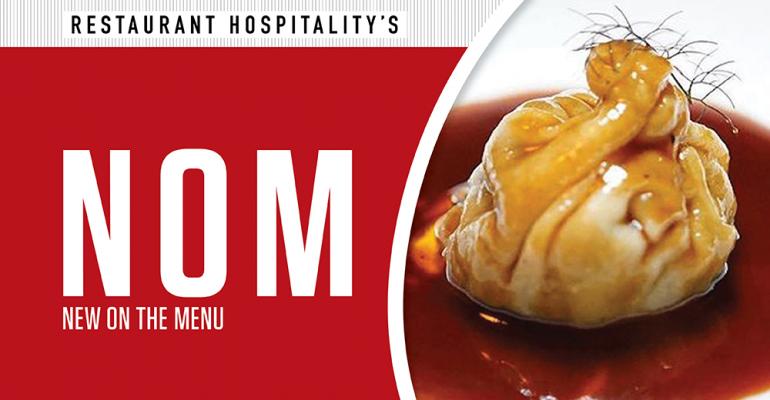 Start Slideshow ›
Plus a foie gras beggar’s purse, a hummus made of peas and a tangy beet tartare

Classics are classics for a reason. In fact, they’re what customers have largely been focused on during this pandemic, when they want something delicious and comforting that doesn’t require much thought.

Maybe that’s why Intersect by Lexus, a lounge, restaurant and event space in New York City run by the luxury car company went with a roasted chicken breast when they decided to feature the cuisine of Mashama Bailey’s Savannah, Ga., restaurant.

It’s why beet tartare appears on so many menus, including the new Creag at McLemore in Rising Fawn, Ga., where chef Tony Hooper spruces it up with some pickled onions.

Hummus hasn’t always been an American classic, but it is now. The chickpea paste has conquered our palates, but at Vaso in Dublin, Ohio, chef David Belknap makes it with peas instead.

Fried chicken is a classic in many cultures, and fried chicken sandwiches have been runaway successes during the pandemic, so Michael Mina and Ayesha Curry are drawing from two fried sandwich traditions for a sandwich from their virtual brand, Tokyo Hot Chicken in San Diego.

At Xiquet DL in Washington, D.C., Danny Lledo takes a not-so-usual pairing, foie gras and clementines, wraps them in a beggars purse and bathes them in one of the French mother sauces, Espagnole.

An error in the price of the Yardbird with Captain Sauce at Intersect by Lexus has been corrected.
Start Slideshow ›
TAGS: Chefs Food Trends
0 comments
Hide comments
Recommended Reading