New on the menu: A cotton candy mimosa and Peruvian octopus 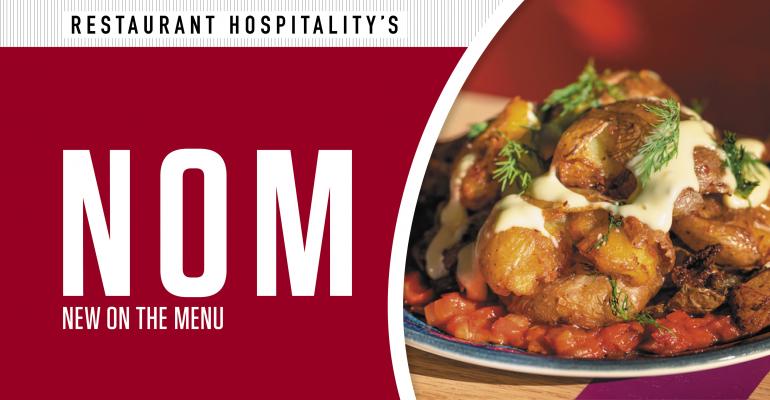 Start Slideshow ›
Plus patatas bravas with dill, beef tartare with oysters and a luxurious boiled egg

Patatas bravas are a tapas staple of spicy fried potatoes in garlicky sauce, but at the new Three Saints Revival in Denver, chef John Broening adds the unusual elements of Aleppo pepper and dill, as well as a rather refined sofrito.

At The Madrigal in San Francisco, Joe Humphrey draws inspiration from the old-school New Orleans combination of beef topped with oysters, and does it with a beef tartare.

In Southern California, chef Rob Wilson of Glasspar in Dana Point, is using caviar and local uni, or sea urchin, to dress an egg that’s gently boiled and then poached in ponzu-dashi.

Chica, Lorena Garcia’s pan-Latin concept, has opened a third location in Aspen, Colo., joining the ones in Las Vegas and Miami, and all three of them have a new dish of octopus with padrón peppers.

And in Boston at Nash Bar & Stage, guests can enjoy a boozy version of an ice cream float — with Prosecco instead of soda — garnished with cotton candy.