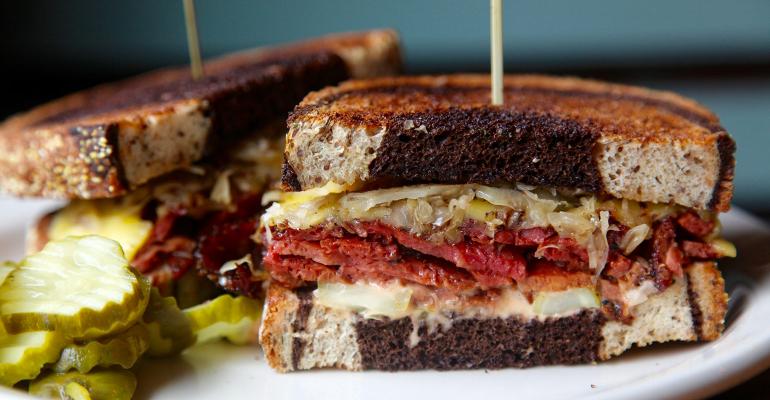 “Chefs are realizing that there is a real market for plant-based options,” said Doron Petersan, owner of the vegan diner Fare Well and vegan bakery Sticky Fingers in Washington, D.C.

But some chefs are also discovering that for many consumers choosing plant-based proteins is not just about eating less meat or being healthy.

Indeed, new research from Mintel reveals that taste is the top reason the majority of American adults who eat plant-based proteins do so, outranking other concerns such as diet, animal protection, the environment, and even health.

“If they are not offering an option that is as delicious as other offerings on their menu, they will not be able to retain that customer,” Petersan said.

At Petersan’s diner, the top-selling sandwich is the Reuben, made with organic tempeh marinated in an array of flavorings, including mustard and apple cider vinegar, and served with house-made Swiss-cheese-style cashew spread, sauerkraut and eggless Russian dressing, all served between slices of marbled rye. 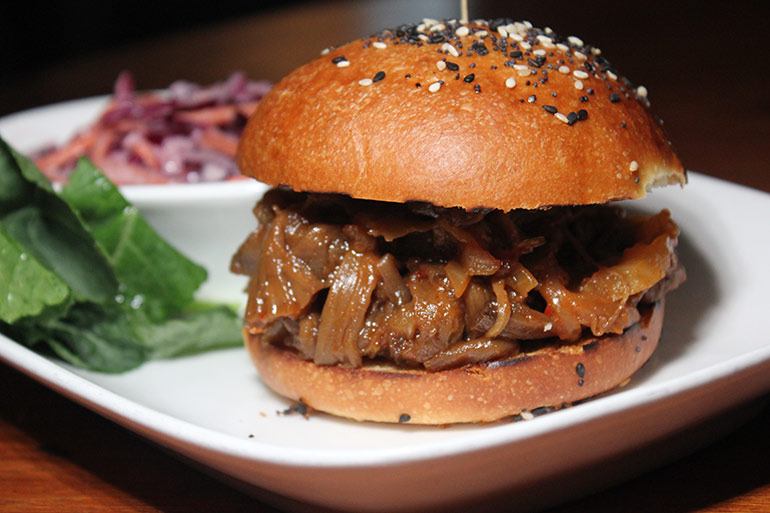 Other flavor-filled vegan dishes on her menu include “chorizo” tacos with tofu scramble and house-made sautéed seitan, and a barbecue sandwich made with southern fried chickpea seitan and cucumber ranch dressing. Also on the menu is the Beyond Burger, the popular burger patty made primarily of pea protein that is showing up on a growing number of restaurant menus of.

“I wanted to recreate a cured meat flavor for vegans and vegetarians — something briny and salty, with the unctuousness of pastrami,” Testa said. “Much of the vegetarian and vegan dishes out there right now are great, but pretty straightforward, tasting like the particular vegetable that they’re highlighting.”

Testa introduced his Reuben in October of 2017 and says he serves between 10 and 20 of them each day.

“It sells like the dickens,” Testa said. “It has almost a cult following among both vegans and meat eaters alike.”

Brad Farmerie, executive chef of Saxon & Parole in New York City, has been experimenting with vegan options for the better part of year. His most recent creation is a barbecue pulled portobello sandwich made from mushroom stems.

Farmerie said the sandwich provides a tasty and memorable vegan option while also allowing him to cut down on waste.

The inspiration for the sandwich came after Farmerie realized that mushroom stems were the restaurant’s largest source of food waste. Through some “playful development” Farmerie said he discovered that when cooked properly and teased apart, mushroom stems take on the same texture as pulled pork. Hot smoking them and then tossing them in barbecue sauce gives them the rich, deep flavor that most people only associate with meat, he said.

Farmerie also offers pre-prepared plant-based products, such as the Impossible Burger, and Ahimi, a raw tuna alternative made with tomatoes, both of which he says have been successful.

Since finding it last May, Matz has been using the product, made primarily from beans, to develop vegan “pollo asado” tacos and burritos, which he added to the restaurant’s regular menu in September.

“Don't just throw some roasted veggies or a portobello burger on your menu and expect to win over people. Make items that everyone will choose to eat and are already in your comfort zone. What are your best sellers, and why? Try your hand at a plant-based version and go from there.”