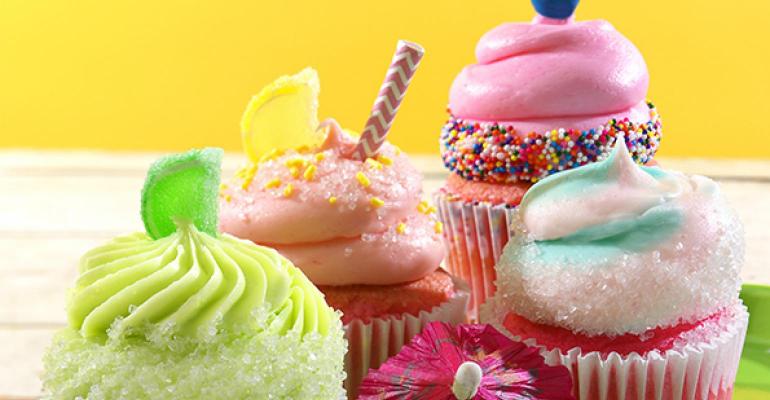 Los Angeles-based Elite Restaurant Group has added another brand to its growing portfolio.

Elite has acquired assets of the 68-unit Gigi’s Cupcake chain out of bankruptcy. Elite also owns the casual-dining Slater’s 50/50 chain, the fast-casual Mediterranean concept Daphne’s, as well as Patxi’s Pizza.

With the addition of the all-franchised Gigi’s brand, Elite’s restaurant portfolio will include close to 120 locations and gross sales of nearly $150 million, said David Eldredge, Elite’s head of marketing.

As a company, Elite seeks out distressed franchised brands with the goal of turning them around for long-term growth as a franchisor.  Elite is also considering a move to go public, though Eldredge did not indicate timing.

Related: Daphne’s to be acquired by Elite Restaurant Group

The goal now is to demonstrate growth with the brands Elite has taken on in recent years. Eldredge said the company is investing in technology and operational systems that could be applied across the various brands to bring the concepts more into the 21stcentury. Those tools might include things like digital loyalty programs rather than printed coupons, for example.

“Our immediate goal is to keep all 68 [Gigi’s] shops up and running and to be profitable,” he said. “We’re not looking to close underperforming units.”

Gigi’s was founded in Nashville, Tenn., in 2008 by Gina “Gigi” Butler as a boutique bakery offering cupcakes, cookies, cakes and other baked goods. In 2016, the then-100-unit cupcake chain was acquired by Texas private-equity firm FundCorp. Inc., which also owned Mr. Gatti’s Pizza. The brand relocated from Nashville to Texas.

In January this year, however, both Gigi’s and the operator of Mr. Gatti’s filed for Chapter 11 reorganization in Texas Northern Bankruptcy Court.

Court documents indicate MTY Franchising USA Inc. — parent of Kahala Brands — was the initial bidder for Gigi’s but did not go through with the sale. Elite was an alternate buyer who picked up the brand's assets for $1.2 million, and the deal was approved by the court on May 1.

Eldredge said Gigi’s was an attractive addition to Elite’s portfolio in part because it has remained a viable brand, despite a dimming of the cupcake trend. It also offers new franchisees an entry point to the industry as a relatively simple operation.

“They can focus on making cupcakes and other baked goods, and they don’t have to worry about things like getting a liquor license,” he said.

Earlier this week, Elite said it had closed 11 underperforming locations of Daphne’s in Texas, though another 21 remain in operation in California. The Texas units were previously operated under the Noon Mediterranean brand, which Elite acquired out of bankruptcy last year and then converted the restaurants to Daphne’s.