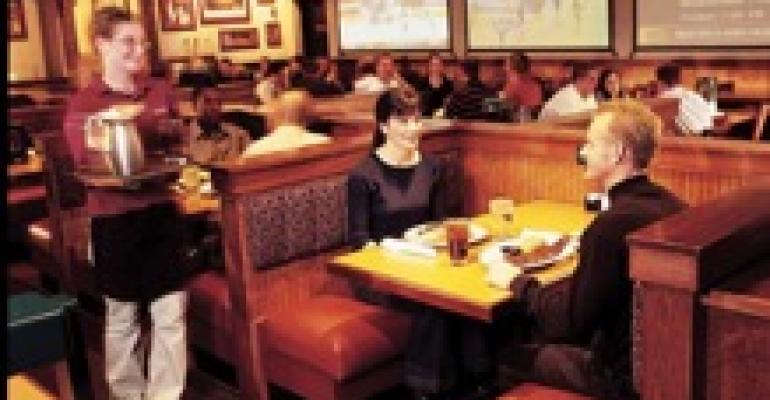 Damon's: Back from the Brink

The restaurant business is alive and well. Industry sales are expected to reach a record $537 billion this year, according to the National Restaurant Association. That's a full five percent increase over 2006 sales. In fact,even recent downturns in the economy haven't been able to derail growth in the restaurant business. The industry has enjoyed 16 consecutive years of real growth as Americans today allocate 47.9 percent of their food budgets to restaurants. Despite ever-expanding demand, though, operators know all too well that their piece of the pie is far from a sure thing. Faced with new competitors, finicky consumers and other pressures, staying relevant—and profitable—isn't easy. Just ask the management at Damon's Grill.

The Columbus-based sports bar and rib purveyor once ruled its little casual niche. But then things changed. New, similar concepts, both chains and independents, entered the scene, economies in its core markets tanked, and Damon's suffered not only from growing guest indifference, but from its own identity crisis as well.

Now, armed with new ownership, a new prototype and a new business model, Damon's executives promise they will save the chain. But it was almost too little, too late.

The Problems: A Tumble and a Fumble

Damon's coasted comfortably throughout the '80s and '90s, occasionally updating its menu and décor. The trouble didn't start for the chain until 2002, when sales began to slide and debt started to accumulate. Rock bottom happened around January 2006. Although Howard declined to reveal the privately held company's sales data for that year, other sources estimate 2006's system-wide sales had slipped to $220 million from a one-time high of more than $300 million.

"There were liquidity issues. We were $40 million in debt and we were losing money. Not a good way to run a business," says Howard. What happened to the once 150-unit chain? Howard won't hide behind the "blame 9/11" cliché, but he says the chain's troubles were exacerbated by the economic recession that began in '02. With a good chunk of its restaurants in the particularly hard-hit states of Ohio, Michigan and Indiana, Damon's felt the brunt of the U.S.'s downwardly spiraling post9/11 economy. Since 2002, the chain has tumbled to just 87 restaurants in 24 states. "When our best operator closed three of his Michigan locations, I knew the economy was a problem," says Howard.

But to really address its problems, the CEO says the company needed to look inward. In the early and mid1990s, Damon's still ruled the restaurant/sports-bar niche. While the chain may have been on the cutting edge in buying expensive satellites and AV equipment that included multiple projection screens and table-side audio units, as the technology became more accessible, similar sports meccas became more common, and Damon's lost some of its hold on the market.

What's more, in 2001, in what is now acknowledged as a strategic misstep, the company inadvertently relinquished its positioning when it decided to broaden its appeal by lightening up its menu and rebranding itself as "Damon's Grill." As executives attempted to make the concept more current and appealing to a broader audience, they redesigned the spaces as well, de-emphasizing the sports bar atmosphere. Indeed, Damon's did become more family- and female-friendly, but it also became even less discernible from other casual dining concepts. As the '90s yielded to the new millennium, Damon's specialty–not just the concept–also seemed less special. What had been the chain's signature item, "fall-off-the-bone ribs," as Howard describes them, had become ubiquitous across the casual dining scene. "Everyone's doing good ribs now," he says.

The Comeback Kids?
Howard is a one-time franchisee who had also worked as the chain's COO for 12 years before selling his restaurants and leaving the company in 2002 for a position at the BD's Mongolian Barbeque chain. He returned in 2006 as Damon's new owner, Alliance Development Group, a Charlotte, NC-based real estate developer, was preparing to buy the troubled company. Howard's original plan was to stay just long enough to help with the transition, but he accepted Alliance's offer to let him run the company. He took over the reins in April 2006, succeeding Shannon Foust, who had headed the chain since 1999. For the short term, Howard developed a two-pronged plan: Get rid of the $40-million debt that was quickly pulling the company under, and fix the problem of eroding sales.

Selling off company-owned units to franchisees as well as closing underperforming company stores and selling off the real estate (mainly in Ohio, Indiana and Michigan) helped retire some of the debt. Another real estate transaction, finalized just last February, sold off all remaining company-owned real estate and slashed the onerous $40 million once owed by Damon's to just $5 million. "We had to sell off a lot of our assets, but in one year, we retired $35 million in debt and the company is profitable again," says Howard.

The real rescue for Damon's occurred early last year when Alliance purchased the struggling chain. Not only would Alliance help solve the liquidity problems, but the company also promised to use its real estate expertise to come up with a solid expansion and brand revitalization plan—words of encouragement to Damon's increasingly worried franchise community. Indeed, the cash infusion Alliance brought not only helped alleviate some of the debt, but provided the opportunity to invest in the correction of the chain's problems, and ultimately, Damon's management hopes, to spur its return to profitability and growth.

As Damon's was selling off its real estate and paying its creditors, the second order of business was also under way: getting sales back on track by upping traffic and frequency. "I knew I didn't have all the answers," admits Howard, who sought out help from some top restaurant consultants. He first hired the venerable Chicago firm Technomic. The consultants' charge was to find out where, in the minds of consumers, Damon's had gone wrong. Their work provided a wake-up call for Howard and the rest of the Damon's team, revealing five problem areas. The revelations also provided a roadmap for the company to follow as it attempts to steer toward profitability:

Variety. Despite several pages of offerings, consumers told Damon's the menu was a bit boring and lacking in "craveable" items, says Howard. Enter Culinary Edge, the San Francisco-based menu consultants, who have worked with successful chains like P.F. Chang's, Jamba Juice, Red Lobster and Starbucks, and who helped introduce new, more exciting items to the menu. The new offerings, launched this past March, make up 25 percent of the Damon's menu and include such items such as Angus-Kobe Mini Burgers, a Desert Pear Margarita and Aztec Chicken ("fire roasted with zesty Southwestern cream sauce"). New salads will debut this summer.

Kids. An outdated kids menu needed to be replaced with more interesting choices and, parents said, healthful options. The kids menu at Damon's is now divided into two sections: One for 'tweens eight and up and one for younger tots. Earlier this year, new items such as steak, grilled chicken breast, mini hot dogs, even salmon and steamed vegetables were added. Already, says Howard, kids' scores on guest surveys are up 10 percent.

Facility. Guests told Damon's what the company already knew. The old Damon's dining rooms were dark and tired. What's more, guests who wanted quiet conversation found it difficult to opt out of the AV experience. With the assistance of Columbus-based WD Partners, Damon's is working on a new prototype with more windows and new plasma and LCD screens. The video experience is less "in-your-face" than before, says Howard. Damon's is not, however, shying away from its sports bar identity. Screens will be strategically placed around the restaurant so that guests who want to watch can, but those who do not won't find screens everywhere they look. Instead of speakers attached to each table, a new wireless audio system allows guests to request speakers and tune in to the audio if they choose.

Service. Guests told Damon's meal delivery times were too long. Among other measures to improve speed, the new menu items are designed for faster turnaround.

Finally Back in the Game?

At the unit level, much to the liking of its franchise community, the implementation of the new menu and marketing strategies have boosted check averages up to $17, lowered food costs to less than 30 percent and pushed sales per unit "north of $3 million," says Howard.

Most interestingly, the company is finalizing a master franchise agreement with food-service provider Sodexho USA. In 2005, Sodexho opened its first Damon's, a slightly smaller prototype, on the campus of George Mason University in Fairfax, VA. The $6.7-billion contractor will place Damon's franchises in other colleges and, possibly, other noncommercial food-service venues, including business and industry and sports sites. The deal with Sodexho, Howard says, is expected to represent a minimum of four locations per year, although he declined to reveal any other specifics at the time. "Our projections are to run comp-store neutral for the remainder of the year; next year, comp store positive with more total units."

All these efforts have paid off. "We have a lot of work ahead," Howard says. "But after several difficult years, for the first time there is a sense of excitement and enthusiasm among our staff and our franchisees."