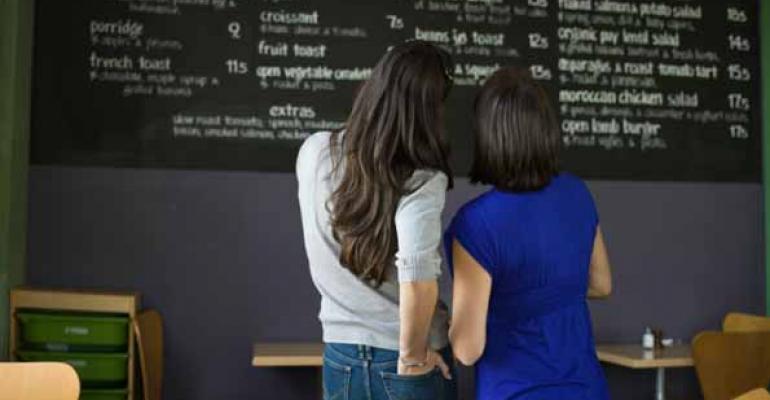 Take a hard look at your restaurant

It’s been a couple years since I’ve been back to a favorite haunt that I would frequent every month or so. It’s a great little place that took over a decades-old old barroom. A young, hip woman assumed ownership about 10 years ago and she retained a lot of the space’s old-world charm and kitsch. Its retro-cool funk was a big draw for many.

I was talking to a friend the other day and she mentioned that she had gone back to the place after a long absence. “You know, she’s barely changed the menu since she took over,” my friend said. And then I remembered why I hadn’t gone back.

The menu has not changed. Maybe, and only maybe, they would do a special during a holiday like St. Paddy’s Day, but the small, comfort food menu they introduced years ago has remained untouched.If you’ve created a classic menu that customers crave and continue to crave over the years, then maybe change isn’t so important. But the food at this restaurant/bar is just okay, not great. There isn’t a single item on the menu that I crave or draws me back. I have a hunch others feel the same. It may explain why the place was packed for the first few years it was open, but is now often empty and lacking energy.

There may be another reason why this business has steadily declined, but from my vantage point, it’s the lack of movement by the owner that has kept the business from going forward. Yet, she is seemingly paralyzed to make changes or, worse, doesn’t understand how mediocre the menu is.

As an armchair quarterback, the first thing I’d do is take a hard look at the menu and determine which items are winners and which are dogs. I’d get rid of the dogs and replace them with some attention-getting menu items. I’d also spend some money to promote the fact that I have changed the menu and that customers, particularly old customers, should check out the new menu. That’s hardly a genius move on my part. It’s simply common sense. If customers are fading away, don’t sit on your hands, do something.

So, my advice to you is to take a hard look at your business. Have aspects of it gone stale? Have you not made changes in years? Has your customer base slowly slipped away? It’s time to make a move. It’s time to remind them why they fell in love with you in the first place.

On another note, There’s been an ongoing debate as to whether gloves are an effective measure to reduce cross contamination. If used properly, I’m sure they generally are. As always, proper training is vital. I was sitting at a bar recently watching a bartender cut limes for mixed drinks. She was wearing gloves. During this process, a customer paid his bill with cash, which she picked up with her gloves and deposited in the cash register. She should have been trained to remove her gloves and put on a fresh pair. Instead, she went right back to cutting limes. Ouch! As always, I’d appreciate your thoughts and comments. Email me at [email protected].