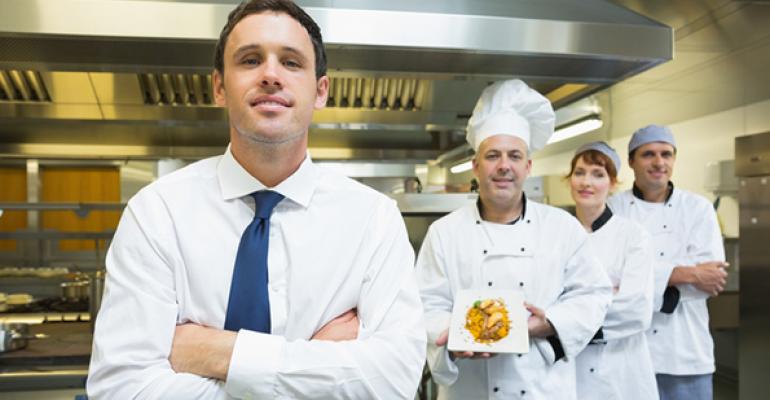 Are you your restaurant’s hero?

Many of you have probably heard about three women who recently thwarted a man’s date rape plans in a Santa Monica hotel restaurant. The women have been declared heroes, and they are, but I’m also proud of how well Fig restaurant in the Fairmont Hotel reacted.

Here’s a quick recap of what went down during the recent incident. Three friends were sitting at a restaurant table when one of the women saw a guy at another table slip something into the drink of his female companion while she was in the restroom. One of the women went into the restroom and explained what they saw to the would-be victim. She was shocked, saying the guy in question was one of her best friends.

Meanwhile, another of the three friends alerted a server about what they saw, and asked if the manager of the restaurant could do anything. The manager soon approached the couple’s table and offered the woman a glass of sparkling water, but not before alerting security. The potential victim sat across from her “best friend,” while he reportedly kept clinking her wine glass to get her to drink the drug-spiked wine. The man was kept in the restaurant under the ruse that a bill could not be delivered to the table because of a computer problem. Meanwhile, the head of security reviewed footage from the security camera, which reportedly showed that the man had put something in his date’s drink. He was quietly escorted away and the tainted glass of wine was secured as evidence. Statements from the three friends were also taken.

One of the friends praised the restaurant for handling the situation quickly and discreetly, saying that other restaurants might not have gotten involved. “So thank you, everyone at Fig and Fairmont in Santa Monica for keeping this guy from harming someone,” said one of the women.

An interesting angle to this story is that the hotel restaurant had video surveillance of the dining room, which I would think most independent restaurants don’t. Having that video bolstered the actions of management, but how would you have handled this scenario without video proof? There are so many legal ramifications. Has anything like this happened in your restaurant? Are your servers and bartenders trained to look for such things? Please email me at [email protected] with your thoughts.