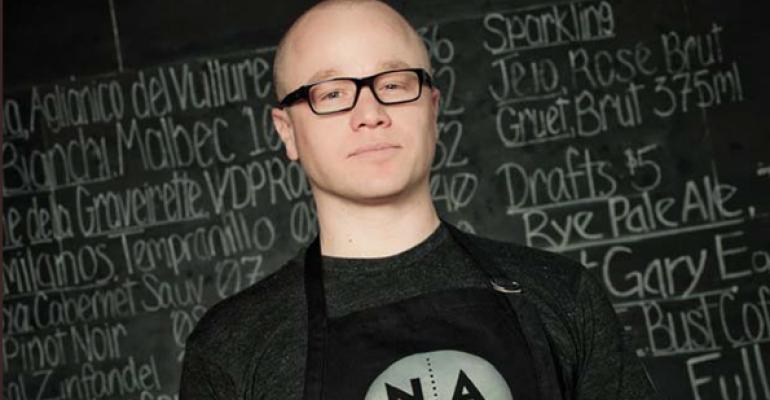 The restaurant business is teeming with talent, but some of the players really stand out from the crowd. Keep a close eye on these folks&mdash;they are going places. &bull; More Top Chefs

Declared “a genius” by no less than Lettuce Entertain You Enterprises’ Richard Melman, Mahin is building up a portfolio of concepts for the firm. He is a co-creator of Chicago’s Do-Rite Donuts and the brains behind Stella Rossa, a southern California pizzeria. His latest project is Santa Monica’s M Street Kitchen, an urban chic/bohemian spot near Venice Beach specializing in “American cooking done right.” 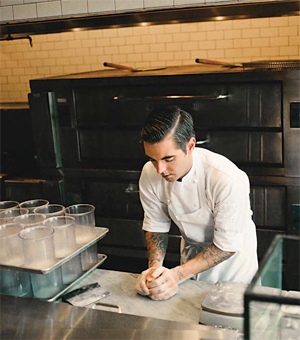 Mahin cut his teeth in restaurants, taking his first job at 13, making the rounds at the local eateries in his Northern California hometown and ultimately enrolling at the California Culinary Academy. From there he set out to explore the world and ended up taking jobs at Nobu in New York and San Francisco’s Millennium, Blackhawk Grill and Patrick David’s. Always interested in science, he was a shoo-in as a “lab assistant” at the world-renowned Fat Duck in Bray, Berkshire, England. He did several stages in Spain, then returned to the U.S. and took on Lettuce Entertain You’s L20 seafood concept.

For three years Mahin was a corporate chef for LEYE, working closely with Melman and other partners hatching ideas and recipes for the group’s restaurants. Now he’s running the show at LEYE’s Santa Monica outposts.

Chef/owner, The Farm and Fisherman, Philadelphia

Determined to get the most out of his ingredients, Lawler created an “Its ‘N’ Bits” menu, a rotating selection of dishes that exposes guests to everything from pork loin to trotters, smoked bacon to snout. He calls it a fun, interactive way for patrons of the 30-seat white tablecloth spot to try something they might never have seen on a plate before. 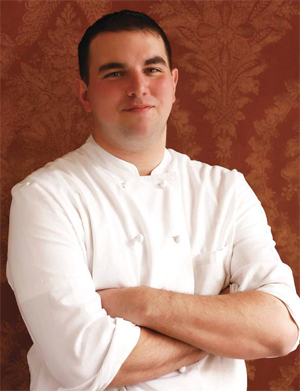 Lawler personally hand-writes the menu and includes a tally of orders; when somethings’s gone, it’s gone. A Facebook page informs fans about what’s available that day.

“Plenty of chefs do head-to-tail, root-to-leaf cooking,” Philadelphia magazine observed recently. “But none do it quite like Josh and Colleen Lawler…this fresh and inventive BYOB is the real deal.” A Philadelphia Inquirer reviewer called Lawler “a superbly talented young cook…with the hands-on skill of a craftsman and the eye of an artist.”

As one of the creative forces behind a fast-casual Asian concept and a retail line, Nguyen has been a very busy chef. 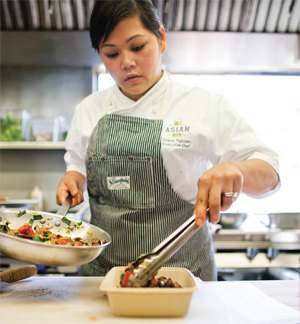 After a few years as sous chef for Charles Phan’s acclaimed Slanted Door in San Francisco, Nguyen was offered the position of chef de cuisine at Phan’s casual spinoff, Out the Door. There, she was able to create playful menu specials that celebrated her Vietnamese heritage. These dishes became instant favorites and created a loyal fan base around San Francisco.

Executive chef/owner, Salt of the Earth and three others, Pittsburgh

Sousa has put this working class city on the culinary map, thanks to his four very different concepts. 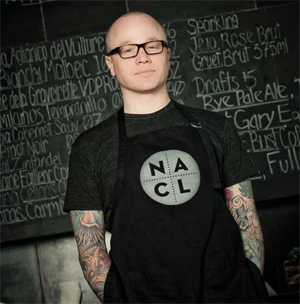 Salt of the Earth, a seasonal American spot, serves imaginative comfort foods like sweetbreads with bacon, succotash, tomato and grits; or wild salmon with sea beans and buckwheat. Station Street Hot Dogs puts nine global spins on the frankfurters, including selections like the Devil Dog, with egg salad, hot sauce, potato chips and scallions; or the Po’Boy Dog, with fried oysters, iceberg lettuce, tomato, pickles, mayo and mustard. The menu at Union Pig and Chicken teams fried chicken and Southern-style barbecue with 20 beers and a selection of bourbons and ryes. Harvard & Highland is a classic cocktail lounge.

Going forward, Sousa is partnering with the mayor of nearby Braddock to launch Magarac, a more ambitious concept at the heart of a major urban expansion project.

Sousa’s efforts have not gone unnoticed. This area native captured Pittsburgh magazine’s chef of the year honors in 2011, and last year he was a semifinalist for the James Beard Foundation best chef: Mid-Atlantic title.

Redzikowski landed a coveted post-culinary school job as a saucier at Le Cirque, followed by positions at Jean Georges, then in Aspen at the acclaimed Little Nell. He also  helped open another much-lauded restaurant, Frasca, in Boulder. 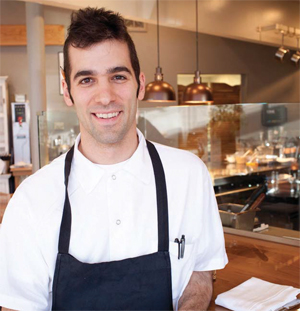 Later, he moved to Napa Valley, where he worked under Chef Douglas Keane at the two Michelin-starred Cyrus. He spent a short time back at the Little Nell before deciding to partner with mixologist Bryan Dayton on their own project, which became Oak. A fire gutted the restaurant shortly after it opened, but it rebounded, and the team used the time to reimagine the design and streamline the menu.

Redzikowski’s New American menu leans heavily on local ingredients and an oak oven and grill. ”How do we love this menu? Let us count the ways,” a Denver critic wrote.

Next up: In the Spring of 2013 Redzikowski and Dayton plan to unveil Acorn, a spinoff of Oak, in a developing artisan market in Denver’s River North area.

Lockwood is largely responsible for doubling the size of this multiconcept operator last year to more than 115 restaurants with 16 brands. He accomplished that by aquiring two smaller multiunit companies. Under his leadership, the Freebirds fast-casual concept has doubled in size two out of the last three years. 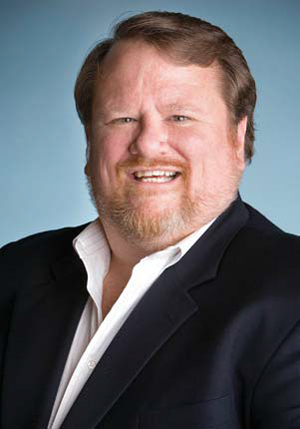 “My leadership philosophy has always been ‘bubble up’ vs. ‘top down,’” Lockwood says. “I see my role as c.e.o. as an inverted pyramid with me at the bottom, and the people who manage the day-to-day nearer the top.”

Clearly, Lockwood values culinary talent. This year Tavistock launched its own “Top Chef” contest, inviting chefs from its upscale restaurants and resort properties to compete for cash, prizes and the chance to be named Tavistock Top Chef.

Colleagues describe Lockwood as big, bold and totally passionate about people, restaurants, food and wine. All apt qualities for the leader of a growing restaurant empire.

O’Shea has brought Southern cooking to the forefront of the Philadelphia dining scene. 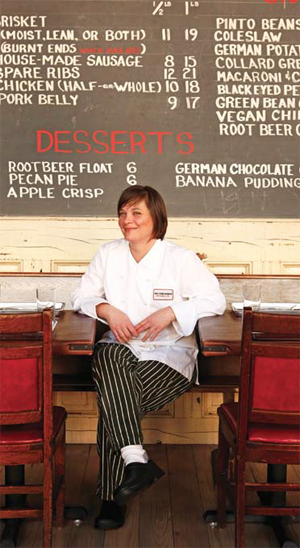 As a female pit boss—Bon Appetit called her the best in the country—O’Shea  is in the minority. She teamed up with restaurateur Steve Cook and chef Michael Solomonov seven years ago and wound up as chef at the popular Marigold Kitchen. In 2009 she opened Percy Street Barbecue, which specializes in Texas-style barbecue, homey side dishes and the city’s largest selection of canned craft beers and cocktails.

A Virginia native, O’Shea sharpened her skills at the feet of the legendary Jimmy Sneed at Richmond’s The Frog & The Redneck. 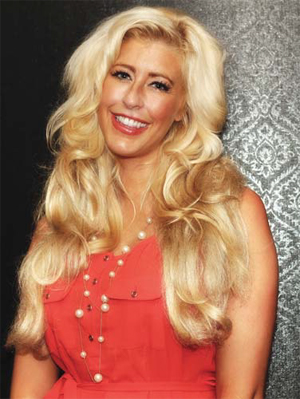 Once known as the “Tequila Goddess” at the nearby Treasure Island resort, Mercer brought her creative skills and some attention to the cocktail program when she joined the team at The Cosmopolitan. The 150-plus choices on Mercer’s cocktail menu bring a breadth and sense of fun to the resort.

Mercer’s molecular garnishes are served with a flourish, tableside from a bar cart. The Fire Breathing Dragon, for example, combines raspberry, lemongrass and Thai chili flavors with a dehydrated raspberry treated with liquid nitrogen; once imbibed, smoke releases from the berry for a fun fire-breathing effect. Working with Miraculin, a natural sugar substitute, Mercer created a Deconstructed Arnold Palmer—a mashup of hot and cold tea and liquid nitrogen, lemon sorbet, Miraculin and lemon candy floss. 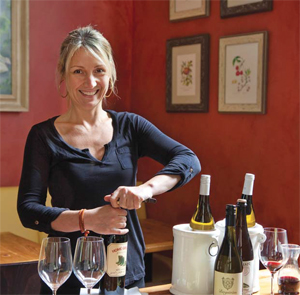 A long-time front-of-house manager, Olexy and ex-husband Bryan Sikora debuted Django, a Philadelphia eatery that became the only BYOB ever to earn a four-bell rating from Philadelphia Inquirer critic Craig LaBan. The couple sold Django and moved to Chester County, where in 2007 they opened the first Talula’s—named for Olexy’s daughter. The market by day had a nightly 12-seat BYOB tasting that became a sizzling hot ticket.

In 2011 Olexy partnered with restaurateur Stephen Starr to create Talula’s Garden, where Olexy’s energy can be felt throughout—from the cozy-chic décor and vibrant outdoor planter boxes to the elaborate pink-granite cheese bar. 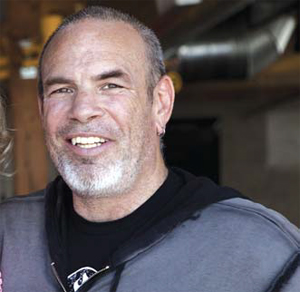 Hibler envisioned Pitfire, which recently opened its sixth and seventh locations, as an “anti-chain.” Accordingly, he hires local architects to ensure each location reflects its surroundings. Their work has won awards from the American Institute of Architects and the James Beard Foundation.

A few years ago Saison was a weekly popup; now it’s a Michelin two-star standout and one of the hottest tickets in the U.S. Recently, this chef (Skenes) and sommelier (Bright) team decided to vacate their Mission District space for a spot in the tonier SOMA neighborhood.

The new location removes all walls between the kitchen and the dining room and incorporates the hearth and the fireplace, which Skenes considers essential to the concept.

Skenes believes that for ingredients to reach their fullest flavors, they should be prepared with components from the native land and sea from which they were harvested, thus recreating their natural habitat. Critics have remarked on the breadth and depth of flavor in every course at Saison. 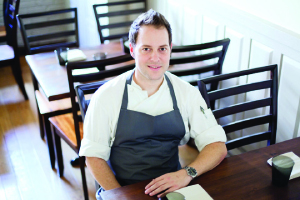 Returning to the U.S., he bolstered his resume at the Blue Duck Tavern in Washington, DC, and Talula’s Garden in Philadelphia.

Guard, who signed on with the legendary Roy Yamaguchi at the age of 21, honed a multicultural style that would lead him to executive chef positions around the world—Tao in New York, Dog Cheng’s in Singapore, Zengo in New York and nine75 in Denver. 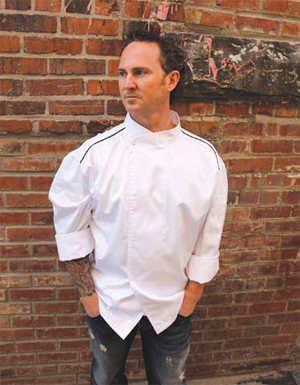 In 2009 he opened TAG, where he has combined his love of travel with a unique flair for culinary innovation to create a new genre, continental social food. His menus offer a harmonious marriage of local ingredients and international inspiration. Items like Philly Cheese Steak Empanadas, Wok-Charred Edamame and Lemongrass Petaluma Chicken with vegetable fried rice, jicama orange slaw and Southern Thai-style red curry sauce cover the globe.

“Guard is a master of multiculturalism, and his menu, which is full of playfully modern dishes that usually erupt into something wondrous, is smart, hip and approachable,” one critic gushed.

In 2011, Guard opened a second location, TAG | Raw Bar, which was an almost instant hit.