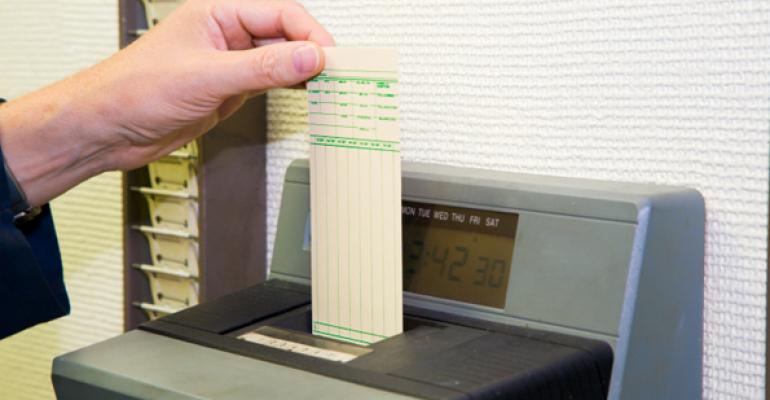 Is there a good way for restaurants to embrace what seems to be an inevitable increase in minimum wage? &bull; See more H.R./Legal articles

Last December’s fast food worker strikes didn’t create a consensus for increasing the minimum wage to $15 per hour. But they sure make $10.10 an hour—the rate that has emerged as the compromise figure—sound more reasonable. Let’s hope restaurant operators can live with it, because powerful political forces are coalescing behind this number.

The most visible move so far doesn’t affect most restaurants. During his State of the Union speech, President Barack Obama said he would impose the $10.10 rate on federal contract workers via unilateral executive action. In the foodservice world, this order only impacts those employed by outside contractors who run foodservice operations in federal building food courts.

That $10.10 figure is the same rate specified in the Fair Minimum Wage Act, introduced in both the U.S. House and U.S. Senate last year. The questions for operators: how likely is this $10.10 rate likely to become federal law? Or is something similar likely to be enacted in their own state or town?

“We are unlikely to have a minimum wage increase at the federal level, but we’re hard-pressed to avoid it at the state and local level,” National Restaurant Association executive v.p. Scott DeFife told Nation’s Restaurant News.

Why this sense of inevitability? There appears to be no political downside for those who would support the bill. A survey conducted late last July by Hart Research Associates found that “by a ratio of four to one, Americans support raising the minimum wage to $10.10 per hour and adjusting it for the cost of living in future years.”

A November 2013 Gallup poll also found strong support for a somewhat smaller boost:  76 percent of Americans would would vote for an increase to $9.

“As Democratic leaders in the U.S. Senate are poised to introduce legislation raising the federal minimum wage, doing so remains a popular proposition with Americans,” Gallup concluded. “Support for the proposal has increased since earlier this year, and now reaches majority levels across all three major political identifications.”

Similarly, the Hart survey found that being a pro-minimum-wage-increase candidate could help politicians get elected in 2014, a key election year.

“When asked whether they would be more or less likely to support a candidate for Congress who favored the proposal raising the minimum wage to $10.10, roughly half (51 percent) of registered voters said they would be more likely, compared with just 15 percent who said less likely—an impressive net gain of 36 percentage points.”

So there’s virtually no political downside on this issue.

Next we’ll find out how many of those who think raising the minimum wage is a good idea will pay the additional freight when they eat in your restaurant.

What’s scary for restaurant operators, says industry watcher Matthew Mabel of Surrender Inc. in Dallas, is this: “Even though the economy is improving and restaurant revenues in North Texas are healthy, few are comfortable about an elasticity of demand for restaurant meals being tested by passing along the cost of government mandates to guests.”

Get ahead of the game

What to do? Some suggest operators getting ahead of the game.

“In the end, the full impact to small business owners remains to be seen within the constraints of our new regulatory environment," says Michael Alter, president of SurePayroll. “However, similar to other challenges, it’s all in how you prepare.”

His company recommends the following six steps to prepare for the potential negative impact of a minimum wage increase:

3. Make good hiring decisions—mistakes can be costly since training/onboarding new employees is a considerable investment.

5. Be sure to employ time and cost saving tools to standardize back office tasks. Consider outsourcing to easy affordable services that allow you to focus on growing business, not administrative functions.

Another way to get ahead of the minimum wage curve: go ahead and raise wages to what they’re likely going to be anyway. That’s the move that got Punch Pizza founder and co-owner John Soranno a shout-out from President Obama during the State of the Union address. The lowest wage at Soranno’s eight-store Minnesota pizza chain is now $10 per hour.

Sorrano’s now pays some of his 300 employees a bit more than the law currently requires, but he’s reaping a public relations bonanza. Let’s hope some of those people telling the survey-takers that a higher minimum wage is a good idea put their money where their mouths are and buy their next pizza from places like Sorrano’s Punch Pizza chain.

For those operators wondering where the minimum wage law came from in the first place, check out this link.