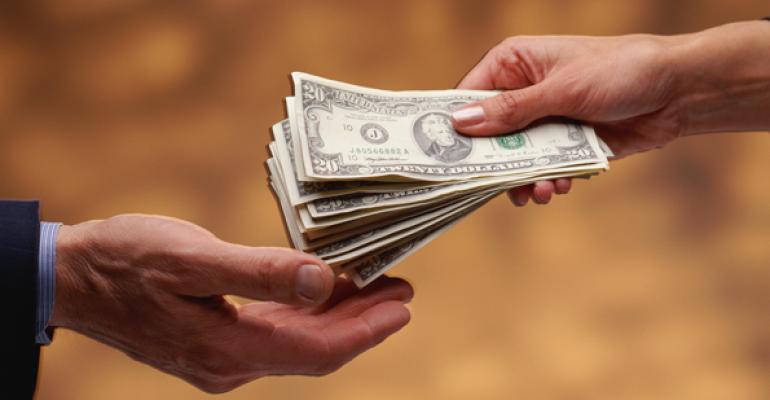 The number of lawsuits alleging wage and hour violations has skyrocketed over the past decade, increasing more than 400 percent.

Defendants named in recent wage and hour lawsuits in the food industry recently include Darden Restaurants, Tyson Foods and Upper Crust Pizzeria, just to name a few. Currently, Darden Restaurants is facing a class action lawsuit for all of its restaurant chains, including Olive Garden, Red Lobster, Longhorn Steakhouse and The Capital Grille, for allegedly failing to pay federally mandated minimum wages and forcing their servers to work “off the clock.” If found liable, the restaurant company could face substantial exposure similar to Tyson Foods.

Tyson had to pay out $32 million to more than 17,000 workers for uncompensated work performed before and after shifts and for forcing workers to wear specialized protective gear while they worked to protect themselves and the food they handled.  Upper Crust Pizzeria was found by the U.S. Department of Labor’s Wage and Hour Division to have improperly classified nonexempt kitchen employees as exempt from the FLSA overtime pay provisions and only paid these workers “regular” wages, instead of the time and a half owed to them. In addition, the company failed to maintain accurate records of the hours worked by its employees. These mistakes amounted to more than $80,000 in back wages and liquidated damages.

Cases can range from failing to properly pay employees for overtime hours to illegal tip sharing and uncompensated time during employee meals and breaks. Not only are these claims excluded from general liability policies, but employment practices liability (EPL) insurance policies typically contain exclusions for wage and hour cases. Why, you ask? Given the very litigious nature of these awards, insurance companies do not want to be on the hook. Attorneys have become increasingly aware of the large settlements that have developed from wage and hour claims. Thus, a worker seeking to file a discrimination claim with weak evidence may soon find the attorney pushing for a wage and hour suit by identifying each of the nonexempt employees within the organization and attempting to gather evidence of wage and hour violations for a class action suit.

Currently, most insurers offering coverage under EPL policies are only willing to provide for defense costs because these are the risks that are the easiest to quantify. Typically, coverage for defense costs is limited to between $50,000 and $100,000, which most experts agree is not nearly enough, particularly in a class action lawsuit where the defense costs can quickly skyrocket to hundreds of thousands of dollars. The other obvious dilemma is the concept of moral hazard. Why would the insurance companies want to compensate an insured for purportedly illegal compensation practices? It’s true, insurance protection against these types of claims is very scarce, but there are certain precautionary measures in the foodservice environment that an insured can put in place to help mitigate claims.

The best an owner or manager can do is be proactive and audit current practices. Among the most important measures are the following:

• Properly categorizing employees as exempt versus nonexempt so that employees entitled to overtime (i.e., 1.5x regular pay rate for hours worked over 40 hours per week) are being paid appropriately.

• Putting a system in place to capture the hours employees work to minimize the risk of employees working “off the clock,” for example during a meal period.

• Making sure that your pay practices meet federal and state wage and hour guidelines. For example, ensuring that there is no illegal tip sharing, employees are paid in a timely manner and “comp time” is properly accrued.

• Training managers, supervisors and HR personnel on the legal requirements under the wage and hour laws. This includes not allowing employees to work through a meal period or work over 40 hours per week without tracking and properly compensating them for such hours.

• Implementing consistent disciplinary action for employees, managers and supervisors who violate the timekeeping and record-keeping policies and procedures.

Preventive loss control is really the best way for employers to protect themselves from wage and hour lawsuits. The right broker and lawyer specializing in wage and hour laws can counsel employers and help make certain they have the most effective precautionary measures in place.

Matthew Kelly is a producer at The Graham Company, one of the mid-Atlantic region’s largest insurance and employee benefits brokers. Thomas Servodidio is a partner at Duane Morris, LLP, a global law firm.