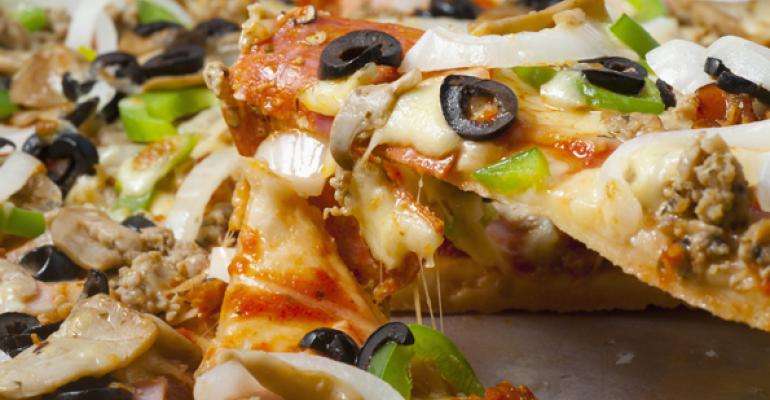 No wonder operators seem to be rolling out fast casual pizza concepts as fast as they can think them up. A just-released study from by the U.S. Department of Agriculture found that not only do one in eight Americans eat pizza on any given day. A majority of them—59 percent—eat it at dinner, a daypart that’s the holy grail for operators in the fast casual and quick-serve parts of the restaurant business (see the full study here) where traffic traditionally skews heavily toward lunch.

The new concepts in this emerging segment share a similar approach. They offer individually customizable pizzas made with better quality ingredients, sold at lower-than-casual dining price points and delivered with a faster speed of service than existing options. It’s the mainline fast casual formula that has worked well in other segments.

"Made-to-order pizza can be the next big growth niche because its fresh, gourmet positioning provides a strong platform for popular health and wellness concepts," says Tristano. "The 'better' trend seen in 'better burgers' will also drive 'better sandwich' and 'better pizza' concepts. Not only are made-to-order pizza concepts delivering better quality and fresher ingredients, consumers are able to create their own pizzas that are ready within minutes, a proven recipe for success within the fast-casual space.”

That’s what in part has convinced chains already growing like gangbusters in other segments to stampede into the fast casual pizza space.

Chipotle Mexican Grill entered the game via an investment in Pizzeria Locale, opening the first unit in the burrito giant’s hometown of Denver. The original Pizzeria Locale in nearby Boulder is an upscale restaurant that puts a contemporary spin on Neapolitan-style pizza. In Denver, the concept has been reformatted to fit the Chipotle service style and prices are much lower. An 11-inch Margherita pie goes for $5.75 while the “Supreme” (topped with pepperoni, sausage, mushrooms, red onion and green peppers) goes for $8.25. Any gluten-free crust version is $4 extra.

Similarly, 900-plus unit Buffalo Wild Wings recently made an investment in PizzaRev, which has just opened its sixth store in Southern California.

PizzaRev’s service format is similar to Pizzeria Locale, but its pricing is more uniform. Almost every pie is $7.99. “PizzaRev is a truly interactive dining experience,” explains Nicholas Eckerman, PizzaRev’s head of operations.”Starting with our made-from-scratch dough, everything you could want on your pizza is displayed right before your eyes and crafted to your personal preference. Once your pizza is just right, it goes in our revolutionary open-flame stone-hearth oven and emerges just three minutes later perfectly cooked.”

The busiest players in the fast casual pizza market right now might be the people who sell franchises for go-go startups like Pie Five and Blaze Fast-Fire’d Pizza. Even pizza-savvy towns like Chicago embrace fast casual pizza like the ones served by Blaze.

Can everybody make money in the fast casual pizza segment? Probably not, although the collective business acumen of the early adopters makes at least their chances look good. If you’d like to get in on the ground floor of an emerging growth segment, it looks like the time to do it is now.