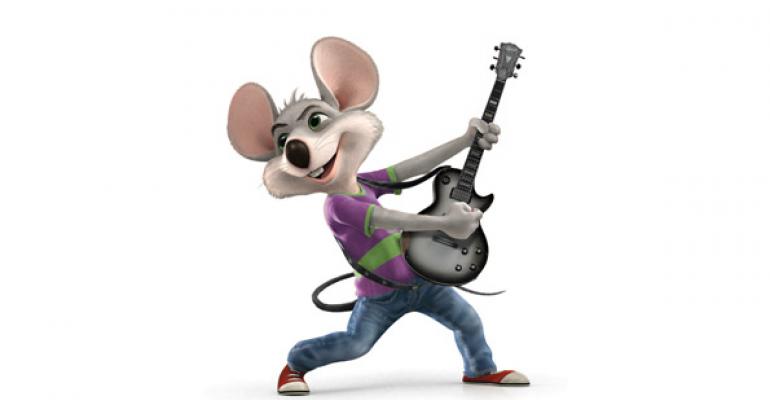 A reimaged mascot and gaps in the market are helping the kid-friendly chain thrive.

It might be the bane of every parent’s existence, but the Chuck E. Cheese brand remains alive and well. Following a 2012 makeover that recast Chuck E. as a “hip, electric-guitar-playing rock star,” then a big advertising campaign, the company reported a 77.5 percent surge in net income in the most recent quarter, along with modest gains in revenue and same store sales. The company’s stock price is at an all-time high, according to The Motley Fool.

Observers suggest that the pizza chain has benefited from a switch in focus to adults at McDonald’s, Burger King, Jack in the Box and other quick-service chains that once courted a younger demographic. McDonald’s has been the most aggressive about adapting a grownup image, adding lattes, Angus burgers and salads to its menus and upgrading interiors. That strategy has met mixed success. Salads, for instance, haven’t exactly been selling like hotcakes, according to the Wall Street Journal.

What’s the takeaway? Families with kids are still hungry for concepts that cater to them.