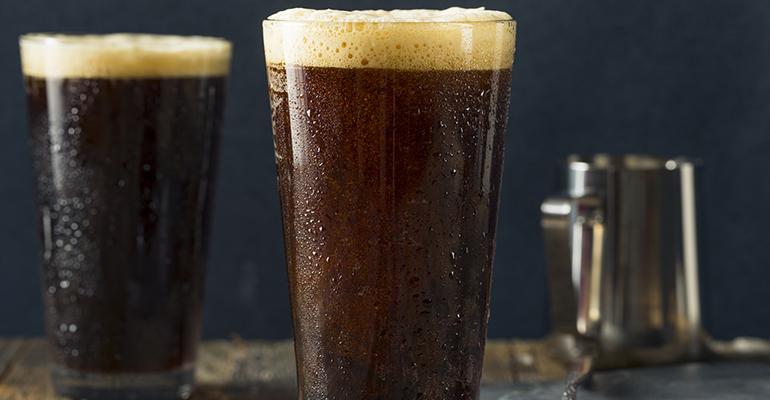 Early morning and late-night beverages may seem like an unlikely duo, but they are finding harmony and creating business opportunities with the rise of coffee-and-beer bars.

About two-thirds of American adults consume at least one cup of coffee per day, according to a 2015 Gallup poll, and craft beer is a trend that’s been brewing for some time. Plus, with the high consumer interest in local products, it’s no surprise that more establishments offering these two popular beverages are popping up.

“Craft-ness is coming back, and customers want something that’s not a clone,” said Jason Sabala, owner and chief of exploration at Buzz Mill Coffee in Austin, Texas. “Coffee and beer are craft-y, and you know where they’re coming from, and you’re part of the community.”

Jon Lamb, co-owner of Red Horn Coffee House & Brewing Co. in Cedar Park, Texas, said coffee and beer bars are on the rise not only because a cup of coffee and a pint of beer are the best beverages to share, but because these types of bars offer community. Remote workers, coffee and beer enthusiasts, those who don’t drink alcohol and would feel uncomfortable in a full-fledged bar, and those who want a cool spot to hang with friends can all feel comfortable.

Consumers are also more attuned to the quality of the beverages they drink.

“Why they pair well and why they’re going together is because of the quality and varieties of the coffee and beer,” says Travis Radevski, owner of Sip Coffee & Beer House in Scottsdale, Ariz., and Sip Coffee & Beer Garage in Phoenix. “And people have more advanced palates and knowledge of the different drinks out there. It intrigues them to come in and test them out.”

In addition to their growing popularity, coffee-and-beer bars are succeeding because, as Sabala said, “The monkey is constantly clapping.”

The establishments can cash in on every available rush crowd: all-day remote workers; breakfast, lunch and mid-day business meetings; happy hour; early evening; and late night. There’s a constant trickle of revenue from the break-of-dawn coffee drinkers to the burning-the-midnight-oil beer sippers.

But, just like any bar, in order to keep sales rolling, you need the right staff.

“When you hire the right people, the true talent you need, it gives you freedom to concentrate on other parts of your business,” Sabala said. “Empower your staff by instilling your values and vision in them; invest in them and they’ll invest in you.”

Chad Misner, co-owner of Red Horn Coffee House & Brewing Co., said hiring staff who buy into your culture is key, as the nuances and techniques of coffee and beer are teachable.

Success also comes from being neighborhood pioneers. Each owner said there wasn’t anything like their concept in the local area, which gave them an opportunity. They also realized since there was an overlapping demographic of customers who appreciated both coffee and beer, it made sense to combine the two brews under one roof. And customers are stuck on the glue that holds these bars together: the culture.

“We invested lots of time developing a culture that’s driven by our mission statement: ‘Do good; be positive; have fun,’” Misner said.

Additionally, in a society of convenience and remote workers, customers desire a place where they can work through coffee and lunch, then snag an after-work beer without changing locations.

“That’s the trend: Taking these cool, inviting concepts where people to come in and spend the day there,” Radevski said. “We have a lot of people where it’s their office.”