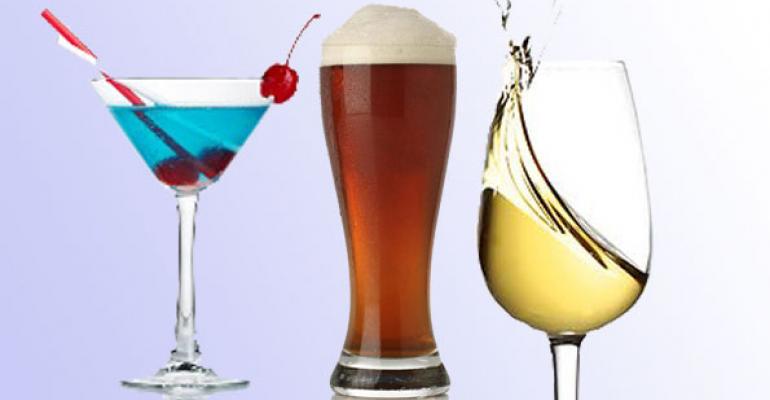 The days when restaurants needed only to stock a decent beer selection for happy hour and a few red and white wine options for dinner are long gone. Restaurants looking to stay relevant and meet consumer demands must evolve their beverage offerings to include a wide variety of beer, wine and cocktails for different occasions.

If alcoholic beverages are taking a back seat at your restaurant, you’re probably missing out on a key revenue source. According to Technomic research, 21 percent of consumers say beverages play a very important role in deciding which restaurants to visit for meals, up from 16 percent just three years ago. This increase is primarily driven by consumers aged 18–44, who tend to use beverages for a wide variety of occasions, including snacks and social visits, the research firm says.

How can you get on board? Promote off-peak dining hours and launch innovative, custom beverages that get people in the door. Here’s a look at the three main alcohol segments—cocktails, beer and wine—to see what consumers want and how the best restaurants are meeting their needs. 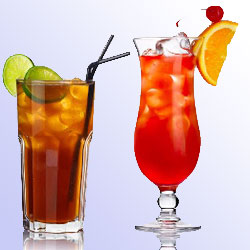 Cocktails
As we enter 2015, there are big shifts happening in the cocktail space, says consulting company Baum +Whiteman.

First, a growing trend is group cocktails, or alcoholic drinks large enough to share among a small, or sometimes even large, group. From punch bowls to 48-ounce martini glasses, patrons are drinking up large-format punches that serve a multitude of guests with little restrictions on pricing or ingredients.

In the spirits sector, name-brand brown whiskies are getting sweeter with the addition of honey, maple syrup, cinnamon, apples, ginger, vanilla, cherries or a number of other flavors. Flavored vodkas, however, are on the outs. And hybrid spirits like Malibu Red (rum and tequila), Vodquila (vodka and tequila), Grey Goose’s VX (vodka and cognac) are growing in popularity.

At the Swizzle Stick bar in New Orleans, long known for its popular cocktail program, owners continue to stress the importance of ice and fresh ingredients. The Swizzle Stick was one of the first in the country to feature an ice block for hand-carving cocktail ice, and now it offers a “bar chef’s table,” where a guests can get up close and personal with their cocktail creator. 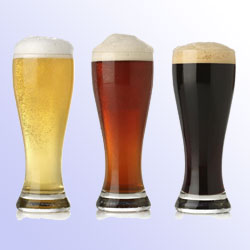 Beer
Of all the alcoholic beverages, beer is undergoing the biggest transformation. Changing consumer taste preferences, varied levels of cost-consciousness and competition from spirits and wine are converging to reshape the beer industry.

The industry, once dominated by a handful of brands, is now increasingly diverse in terms of producers, styles and flavors. Consumers are gravitating toward more flavorful and unique beers, evidenced by the growth of imports, super-premium and craft beers.

Seasonal beers comprise an estimated 23.7 percent of the industry’s total revenue, and recent trends show that market segment is likely to continue growing strongly. Looking forward, the breweries industry in the U.S. is anticipated to grow 1.4 percent per year on average, while craft beer production is expected to grow 7.4 percent annually through 2019. 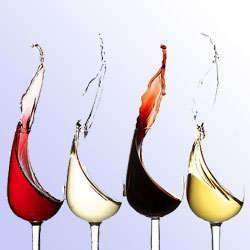 Today’s U.S. adult beverage consumers are enthusiastic and curious about the wine category, and both price and personal recommendations can be key factors in their decisions to order. Equipping consumers with clear, concise explanations of a given wine’s characteristics—via a website, menu board or personal recommendation—is critical. But how do you know what wine to stock and what will prompt consumers to buy a certain label?

Forty percent of consumers say specials or deals could prompt them to order wine more often. For example, offering select wines for $5 a glass on Mondays would be more likely to spur wine orders than lower everyday prices because consumers may view wine deals as an opportunity to find new wines to try.