Cold brew’s nice, but do you really need 14 different kinds of it?

Michael Jones thinks you do, and his customers at Dairies Coffeehouse and Cold Brew Bar seem to agree.

Opened in April in the Atlanta neighborhood of Reynoldstown, the coffeehouse and restaurant has had lines out the door since then, with customers spending nearly $12 per person.

The restaurant has a pretty comprehensive menu with a bent toward healthful items like sweet and savory yogurt options, including vegan coconut milk-based yogurt, warm and cold oat and chia puddings, toast on bread from a local baker topped with ingredients such as smashed avocado (of course), and oolong tea-smoked salmon with crème fraîche, Granny Smith apples and sumac.

“We try to do things that tie back to the authenticity of our brand — the fact that we’re a tea and coffee company,” he said. 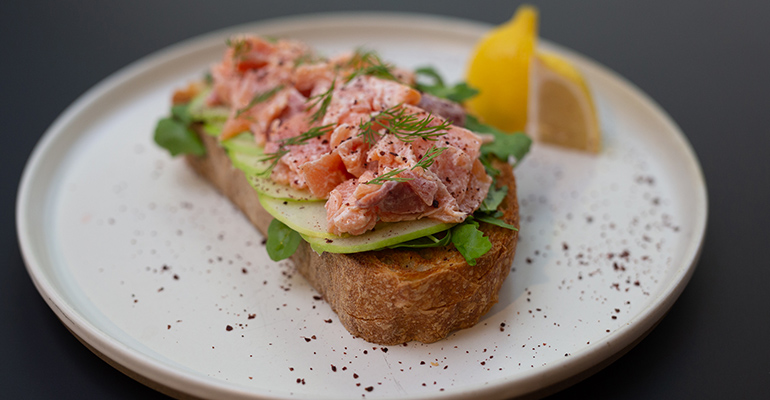 So there’s not just oolong smoke on the salmon, but powdered Earl Grey, jasmine, hibiscus and other teas in the tea cakes, and peppermint tea in a mini-bundt cake topped with lemon zest.

After 11 a.m. the restaurant also offers sandwiches, salads and bowls, including an arugula salad with pickled beets and chai-spiced pecans with olive oil and lemon juice, and a “Cheat Day Sandwich” made with a thick slab of pork belly, a runny egg and comeback sauce (a spicy mayonnaise-like sauce made with vegan coconut yogurt) on a brioche bun.

All of the sauces and dressings are made in-house.

There are also cold-pressed juices, milkshakes and frappes.

Oh, and there’s hot coffee and tea, too.

The high average checks don’t come from particularly high prices. Nutrient-dense smoothie bowls are $11, but most items are $9 or less and that avocado toast, with lime, Maldon sea salt, and chile flake, is $6.50. 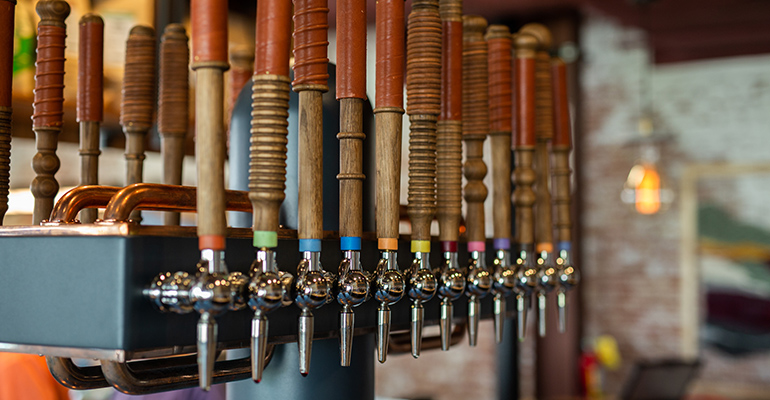 Cold brew tea starts at $3.75 and the priciest, and most popular, drink is the nitro oat milk latte, which is $6. 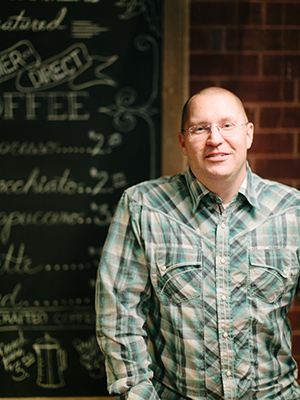 Jones, left, is also the founder of Thrive Farmers International, a coffee supplier with a different type of approach to its supply chain: They do long-term stable pricing with the farmers they work with “and really no connection to the commodities market,” Jones said.

It was in working with some of their customers that Jones decided to go into the coffeehouse business himself.

His product development team was working on recipes for clients, “and they came up with all these other cool flavors, and I started tasting them, and I couldn’t choose which one I liked best,” he said.

There was a nitro matcha latte, an oat milk latte, yuzu green tea, cream soda made with cascara — the fruit that surrounds the coffee bean.

“All these things people taste through, and literally everything they try they’re blown away by the taste,” Jones said.

He saw that some coffeehouses had a couple of taps, but he decided to go all out and install 14 of them. One tap pours a still beverage, and the others are hooked up either to carbon-dioxide or nitrogen.

Jones also decided to go all-in on tea, since he noticed that most coffeehouses give it short shrift, and many tea houses don’t offer coffee at all. 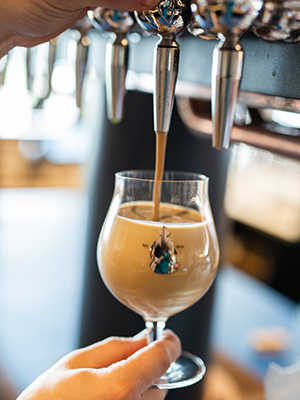 Cold drinks out-sell hot ones four to one, Jones said. So it stands to reason that Dairies has come to be known simply as Cold Brew Bar.

Jones plans to open a second location, in Midtown Atlanta, by the end of the year or early 2020, and he’s working on opening two more in the area.

In the next 36 to 48 months he has the ambitions plan of expanding to what he sees as six great coffee cities: New York, San Francisco, Los Angeles, Tokyo, Hong Kong and Seoul.

“They’re great coffee markets and we believe that the quality of the products we’re producing and the approach that we’re taking will especially resonate in those markets,” Jones said.

‘Uber for coffee’ brings morning drinks into the age of delivery
Aug 15, 2019