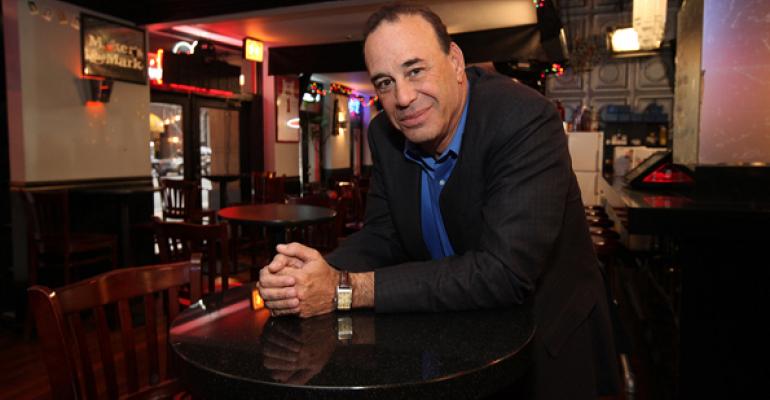 <p> Taffer urges bar owners to &quot;take it to the next level.&quot;</p>
Food & Drink>Drink Trends

It’s hard to argue with the man who’s the star and executive producer of Spike TV’s hit show, Bar Rescue, who also serves as president of the Nightclub & Bar Convention & Trade Show in Las Vegas (next March 24-26), has written four business-to-business books and now will publish his first consumer-facing book, Raise the Bar: An Action-Based Method for Maximum Customer Reactions. Just announced, Taffer is also joining forces with acclaimed chef John Besh and Tiffany Derry, a Top Chef All-Star, in a new Spike TV show called Hungry Investors, which will pit two struggling restaurants against each other every week to vie for a cash investment. Ten episodes of the show have been ordered and it will debut next spring.

The book, set to publish on Oct. 8, two days after season four of Bar Rescue debuts, will detail Taffer’s secrets for running a successful hospitality business based on his method of “reaction management.”

“The cook in the kitchen thinks he’s creating an entrée, but he’s creating a reaction,” Taffer explains during a recent phone call from his home in Las Vegas, one of the rare times he’s not on location filming. “When that plate hits the table, one of two things will happen: Either you sit up and react to the plate or you don’t.”

If nothing happens, that restaurant is stuck in mediocrity, he says.

“I’ll redesign that plate 100 times until it makes you sit up,” Taffer says. “When people think our product is food or beverage in a glass, they’re dead freaking wrong. You’ve got to take it to the next level; you must create a reaction and whoever creates the best reaction will win.”

Everything in the bar or restaurant—from staff, food and drinks, even down to the carpeting—must be intended to create those positive reactions, which will add up to compelling customer experiences.

He says the book is written for anyone who wants to be an entrepreneur or is a fan of the TV show that regularly draws around two million viewers during its Sunday night slot.

Bar Rescue is midway through its third season and into taping for its fourth season. The first of 20 new episodes will debut in October. The show will continue to feature the boisterous Taffer counseling owners of struggling nightlife establishments, but this season the transformations will be even more aggressive. Taffer also says the format will change slightly so he’ll be able to catch the owners more off guard, showing up when they least expect it.

This year more than 1,100 bars applied to be featured on the program. From there, the most interesting candidates went through the casting process, which included two producers visiting and filming a six- to seven-minute video of the property and its employees. The network, producers and Taffer chose the most compelling stories for TV.