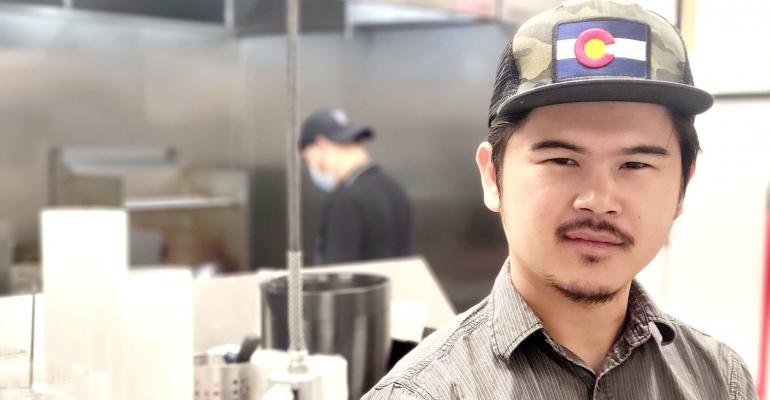 Jonathan Konsila hopes to open his Thai concept as a brick-and-mortar, but he’s starting out operating out of a ghost kitchen

In Denver, where rents come high and buying a property proves difficult, it’s not a bad idea to test the waters virtually before launching a brick-and-mortar restaurant.

So contends Jonathan Konsila, who moved to the Mile High City in 2021 with the goal to eventually open his own Thai restaurant with his family.

"I think we will stay here maybe another year and see each season so we can see when it's busy and slow," said Konsila, who runs his Thai concept Khan Toke out of ChefReady, a virtual kitchen space with multiple concepts inside. "It's a good start for us and a good chance to test out our recipes and see how it goes in Denver."

Not only that, but Khan Toke is a good way for his family to be and cook together. The specialty of the house is kee mao, or drunken noodles, which Konsila's father makes on a huge cast iron wok nestled onto the stove. Konsila's wife cooks the tom kha soup, another signature dish. At the sauté station, is his mother, who focuses on curry. Many of the recipes made at Khan Toke were perfected by his mom, and it's what he grew up eating.

"I think a lot of people that ordered from me said that our food is close to the food they had when in Thailand," said Konsila, who is happy to hear that.

This is the first time the chef has gotten to really cook the way he wanted. After 10 years cooking in Washington, D.C., and a year in Montana, Konsila moved to Colorado because his wife had been an exchange student in Denver and liked the place and people. Plus, he added, the Rocky Mountains reminded his parents of back home in Thailand, so they wanted to be in Colorado too. Now the four of them cook and manage the business together, with the plan of opening their own brick-and-mortar space as a family.

Even the name has family ties. A khantoke is a short, round table often seen in northern Thailand. Unfortunately, because this spot is available for delivery and pickup only, there is no real khantoke to enjoy.

The lack of atmosphere and seating is the main downside of operating in a ghost kitchen. Customers order online or on the phone and either pick or go through a third-party delivery company. The hope, said Konsila, is to eventually open a small, 20-seat brick-and-mortar location.

By staying at the ghost kitchen, the family can save up for their own place down the line. Rent of a small restaurant in Denver can cost between $7,000 to $10,000 a month, depending on location, the kind of lease and other factors.

Plus, there's the money needed to build out the space. For space to cook at ChefReady, the family pays approximately $5,000 a month, half for the overall fee, and the other half as a percentage of Khan Toke's sales. Also, Konsila added, when opening last year they spent around $30,000 on equipment for the kitchen, but they own that and it can be moved to any spot the family opens in the future. 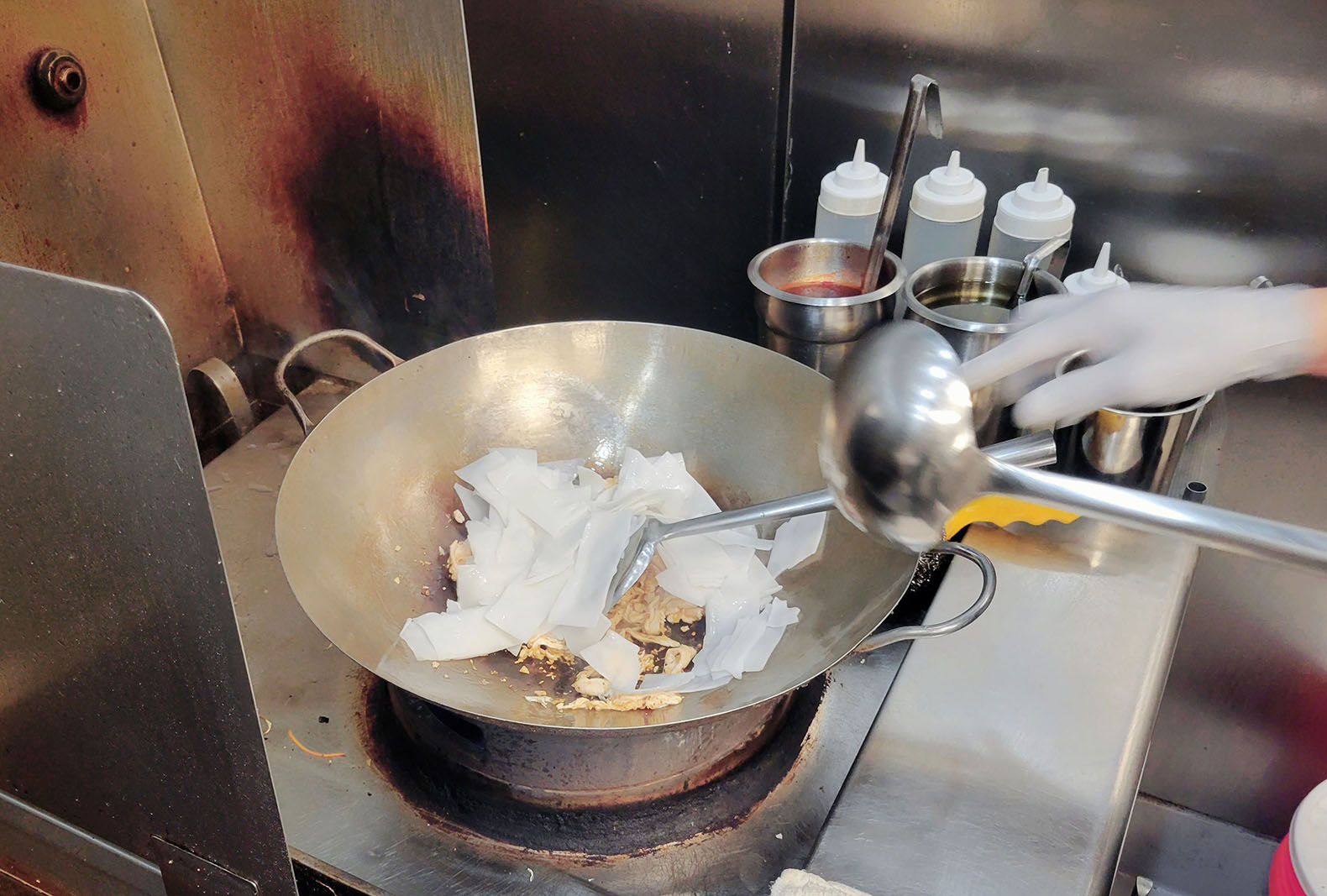 Another downside to running a ghost kitchen is third-party delivery apps such as Uber Eats, Grubhub and Door Dash. In general, they take between a 15% and 30% commission from each sale. But, added Konsila, that's a problem any commercial kitchen has as well. If customers order over the phone or through the Khan Toke website and come and pick it up, they will find the prices cheaper. In the end, the latter way is economically best for both the restaurant and the customer.

Overall, making big bucks isn't easy when dishing out Thai food. Dishes at Khan Toke run between $13 and $15. An average takeout check for two people who get appetizers and entrees comes out to around $50. That's a lot of pad Thai, pad prik king (stir-fried curry paste with fried string beans, meat and lime leaves) and rad na (pan-fried wide noodles in a Thai-style gravy with Chinese kale and broccoli) to dish out.

Konsila also faces a common stigma surrounding takeout Asian food — many people don't want to pay premium prices for the meals, even when many of the ingredients are imported from Thailand, fresh and of high quality. Konsila hopes with name recognition and popularity the prices won't be a hindrance.

At first, getting the Khan Toke name out and into the public mind without a place for people to actually visit also proved challenging.

But Konsila was smart about it. ChefReady gives tenants the first month free of rent. So Konsila took the money he would have spent on the space and used it to give discounts on third-party apps including Uber Eats, Grubhub and Door Dash. This got people into the proverbial door. He also ran campaigns on Instagram and other social media sites to drum up business.

Now, when the clock hits noon on most days, the orders start coming in. Like with many Thai restaurants, pad Thai is still the most popular dish, but over time Kosila hopes all those family recipes will become well known too.