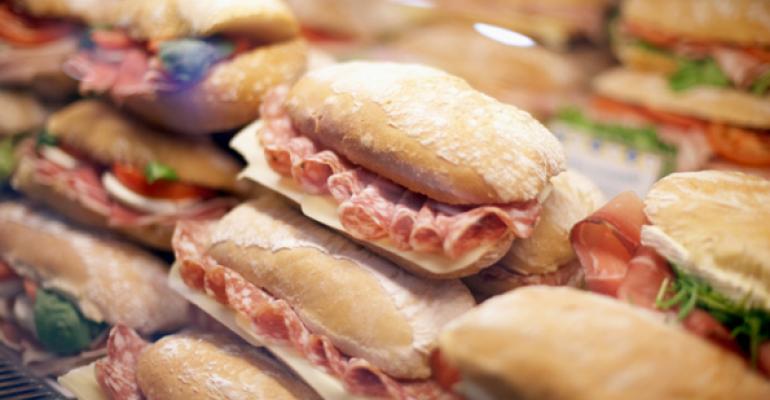 Study: Time to up your sandwich-making game

Customers want it all when they buy sandwiches from restaurants today—plenty of high-quality ingredients that look as good as they taste. It’s a formula fast casual standouts like Jimmy John’s, Firehouse Subs and Jersey Mike’s have used to carve out a strong competitive position in the crowded sandwich category. Other operators may wish to adopt something similar, says Chicago-based Technomic, the better to attract the growing number of consumers who have begun to make their own sandwiches instead of buying them from restaurants.

That’s the upshot of Technomic’s new Sandwich Consumer Trend Report. It’s an update of a similar 2012 study, and its top line results show that while consumers still eat on average more than three sandwiches per week, a growing majority make those sandwiches themselves. Fifty-four percent do that now; 51 percent did so at the time of the previous study. To win them back, restaurants need to menu sandwiches that are sexier and more imaginative than those consumers can make for themselves.

“Quality sandwich ingredients are a must,” says Technomic’s Darren Tristano, “In order for sandwich operators to drive traffic and steal share, they have to strengthen the quality perception by promoting freshness and customization opportunities, while giving guests a more interesting range of toppings, breads and proteins that emphasize variety.” 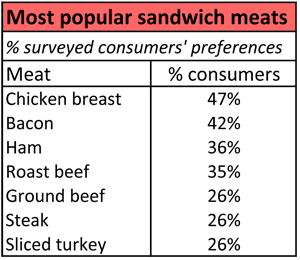 Sounds like a tall order, but that’s what it will take to do battle with sandwich segment giants like Subway, which plans to add 3,000 additional units this year. Yet Technomic’s finding also document just how much business is up for grabs.

Consider. Sandwich consumption among U.S. consumers is near-universal: 95 percent eat at least one sandwich per week, 43 percent eat four or more. The numbers were also high when customers were asked about the daypart in which they typically order a sandwich when dining away from home. Eighty-five percent said they do so at lunch, 73 percent at dinner, 56 percent have a sandwich for breakfast and 49 percent have one as a snack.
How can operators get their share of all this business? Here are some key data points from the Technomic study to consider:

• Sixty-one percent of sandwiches sold in restaurant are purchased to go.

• Slightly more than half of consumers place high importance on health (51 percent at lunch, 53 percent at dinner), while only 43 percent are satisfied with the healthfulness of sandwiches they purchase away from home.

• Slider alert: Thirty-five percent of consumers would like restaurants to offer mini sandwiches, up from 26 percent in the previous study.

The sandwich business is big and growing, and fast casual players are showing just how eager consumers are to try new takes on the old standards. Be sure to keep Technomic’s findings in mind as you go after this segment.

The ABCs of customizing sandwiches
Jan 09, 2014