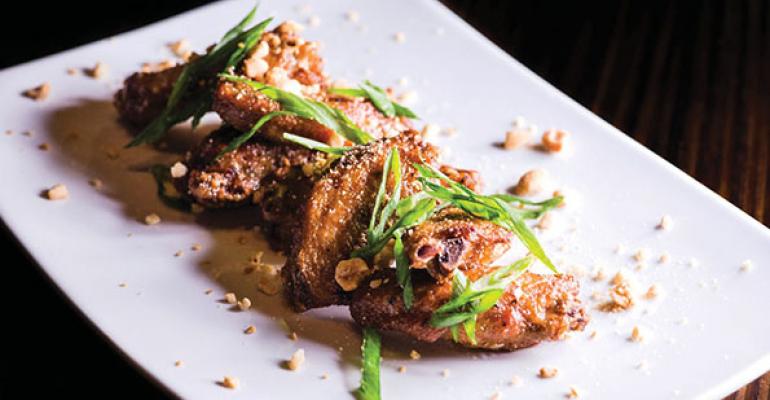 Drexel University Prof. Jacob Lahne’s finding that customer perception of entree quality depends on how good a restaurant’s appetizers are—or aren’t—doesn’t tell operators how to solve the problem. But at least the Catch-22 situation he discovered helps explain why some negative online comments about a restaurant’s food might relate more to the order in which a customer ate certain courses rather than how tasty those courses actually were.

Lahne’s primary research interest is the effect of contextual variables on the sensory perception of meals. His latest effort is "The Great is the Enemy of the Good: Hedonic Contrast in a Coursed Meal." Co-authored with Debra Zellner, it’s scheduled to appear in the Oct. 2015 issue of Food Quality and Preference.

Their study’s two key findings are:

• “A main course is liked less after a good than after a mediocre appetizer.”

• “Appetizers, meant to pique appetite, may cause customer dissatisfaction with mains.”

Lahne conducted his research earlier this year at the Academic Bistro, a student-run culinary training restaurant at Drexel. "I've always been interested in trying to  understand the food choices people make, so doing research in Drexel's Academic Bistro as a unique study space seemed like a natural approach," Lahne says.

The outcome: Customers who were served the better appetizer rated their pasta dish worse than those who ate the mediocre version. Lahne attributes the difference to “the phenomenon of hedonic contrast.”

"It's always worth remembering that our experiences are contextual—that is, what we like and don't like, or taste and don't taste, is not objective, but related to the environment, our state of mind and many other variables,” he says. “If you have a fantastic appetizer and then the main seems lackluster, that could be because of this type of contrast effect. That doesn't mean you shouldn't have fantastic appetizers!" Lahne adds.

His findings put many operators in a tough spot when it comes to online reviews. Customers might love their apps but knock a star or two off their overall rating because their entree somehow seemed less exciting. Another contributing factor could simply be that a customer’s appetite may have diminished after he or she filled up on the appetizer course. Either way, operators may have to learn to live with this effect.

We don’t know that Lahne is right. But the “entrees-didn’t-live-up-the-apps” feeling he describes may be one many operators have personally experienced when dining in other restaurants. We’re hoping that’s not what people say when they dine in yours.