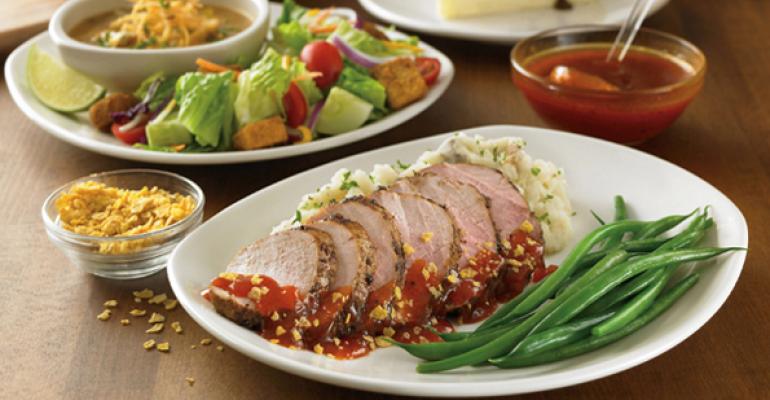 Higher payroll taxes, stagnant wages, the no-growth economy: No wonder full-service operators have to look deep into the results of a new Harris Poll about restaurant usage to find positive news. The data shows that so far this year, customers are still cutting back, especially when it comes to fine dining. But at least year-over-year numbers show the rate of decline is leveling off.

Add in those who had eaten at a fast food chain (64 percent) and Harris says that only 10 percent of Americans did not eat at a restaurant in the past month.

But customers are still going to restaurants less frequently than they used to. When asked whether they had eaten out more or less frequently over the past six months, many more respondents reported “less frequently” than “more frequently,” no matter the segment.

Some good news: “less frequently” responses for all dining segments have declined significantly on a year-over-year basis.

The survey results also provide a quick snapshot of what customers say they’re looking for from restaurants these days. Here’s what the Harris Poll found:

“There are multiple factors driving Americans’ choices between the restaurants available to them, with those most frequently identified as important including good prices (90 percent); the mood they are in (for either type of cuisine or type of food (86 percent); having a specific menu item they enjoy (84 percent); a convenient location (83 percent) and a broad variety of menu items (78 percent). The majority also consider special offers (59 percent) and healthy menu items that fit a dietary need (56 percent) to be important.”

If you were hoping for news of a restaurant industry rebound, you won’t find it in the results of this poll. But at least it appears that the decline is over and that positive momentum, while barely perceptible, has begun to gather, particularly for independent casual restaurants. Let’s hope that the next time market research firm Harris Interactive fields this poll, the results suggest a brighter picture than the current one does.