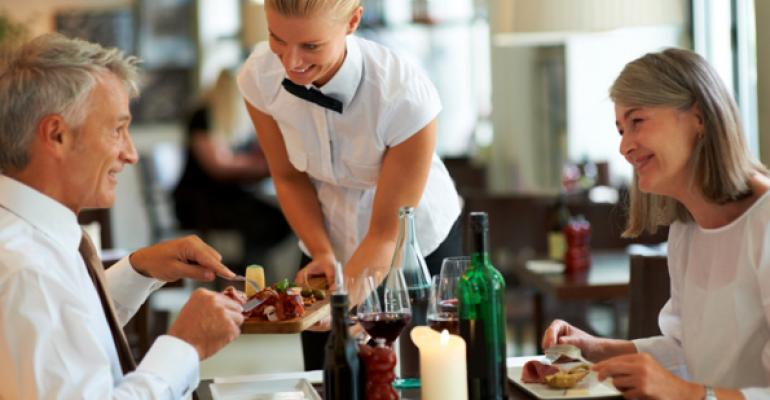 Sure, it’s smart to maximize your restaurant’s appeal to Millennials. Eighty million strong, the age 18-35 cohort is a huge part of the restaurant industry’s customer base. But don’t do so at the expense of Baby Boomers. Even though members of this older generation have been reaching retirement age at the rate of 8,000 per day since 2011, they’re turning out to be a demographic that, from a restaurant-going perspective, has legs.

Consider this conclusion from a data-laden white paper issued recently by loyalty marketing firm Paytronix. While chock-full of valuable insights on Millennials, the study doesn’t see much of a future for over-the-hill Baby Boomers.

“Millennial generation spending is on the rise, and savvy restaurants are focusing their marketing to attract this most profitable new source of revenue in order to replace the once-mighty spending power of the Baby Boomer generation, which has begun to decline as its members move to a fixed-income lifestyle,” the Paytronix white paper concludes.

"In an industry that is suffering, retirees are a bright spot," Harry Balzer, NPD chief industry analyst, told USA Today. Esteemed San Francisco Chronicle restaurant critic Michael Bauer says the NPD numbers mirror his real-world experience on the full-service restaurant beat. “That pretty much supports what I find on my nightly forays to new restaurants. The interior may be modern—cement floors, brick walls, unfinished ceilings—but the customers are generally in their 30s to 60s,” he writes.

“It makes sense: The 18- to 24-year-olds, for the most part, aren’t going to these types of restaurants, and once they reach their 30s, having children interferes with going out," Bauer observes. “Yet when you think about it, the restaurants seemed designed for that (younger) set; most new restaurants still don’t consider decibel levels, the size of the type on menus, or lighting.”

NPD suggests that restaurants develop a marketing strategy that appeals to multiple demographics, not just one. “Making business decisions based only on those under 65 will lead to a misinterpretation of brand and competitive strengths in the marketplace,” NPD cautions.

“If you are not including the 65+ customer in your marketing plan, you will misread market performance, ad/promotion effectiveness, and just about every other marketing effort.”

Where to start? Consider one thing every restaurant-goer wants: discounts.

Restaurant marketers know social media channels are the best way to pitch Groupon-type offers, BOGO pricing specials and spur-of-the-moment deals to Millennials, but don’t work as well for other demographics. Yet discount strategies like early bird pricing or seniors-only menus that offer reduced portions for less money, which still resonate with older consumers, are considered laughably old-school by younger consumers.

There is a middle ground. Bargain-based promotions whose content and delivery methods are designed to appeal to both demographics—and hopefully Gen X-ers too—are likely to boost a restaurant’s overall sales the most. Millennials will be driving growth in the future. But Baby Boomers still make your cash register ring today.