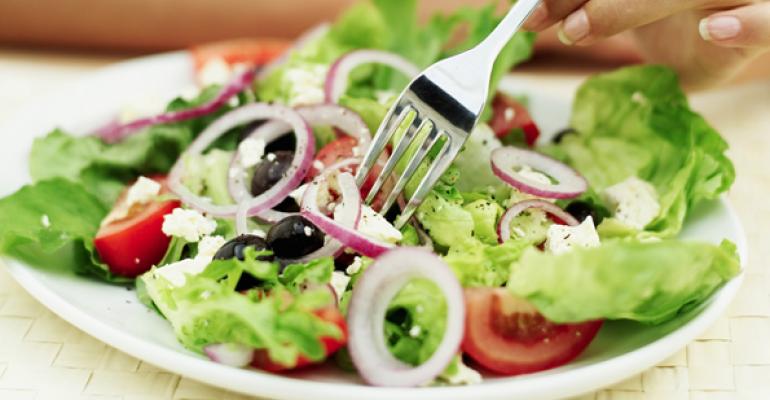 The Food and Drug Administration’s calendar shows that 2014 will be the year of final rulemaking for restaurant menu labeling, and restaurant operators will soon know exactly what requirements they’ll have to meet. But that won’t be the end of the debate over whether making changes in the ways restaurant operate can improve the diets of people who have poor nutritional habits. There are other irons in the fire that may have an effect on how restaurants conduct their business.

For example, some operators may find it scary that the National Institutes of Health has funded a study of kids’ menus designed to “provide the necessary data on the feasibility, short-term efficacy and potential sustainability and generalizability of a restaurant-based intervention for a future larger scale randomized controlled trial assessing changes in dietary intake.” If you think this sounds like something that could turn into a slippery slope, you may be right. Healthy kids’ menus are certainly desirable, but “exploratory intervention” that looks at how to control the “ordering behavior” of kids while eating in restaurants may seem a little Big Brother-ish to some.

Another issue: the citizenry wants to eat what it likes, not necessarily what public health officials say they should eat. No sooner had the FDA begun to ramp up the process to remove trans fats from processed foods than word came that U.S. per capita consumption of butter had reached a 40-year high of 5.6 pounds, with sales of butter having increased by 65 percent since 2000. Remember when butter was dietary public enemy No. 1? Now it’s something nutritionists can live with, and something customers seem to be saying they can’t live without.

And we’ve also just learned that diet sodas aren’t the key to healthful diets, either. Researchers at Johns Hopkins Bloomberg School of Public Health have found that the calories subtracted from the dietary intake of diet-soda-drinking overweight and obese adults do not result in a smaller daily caloric intake than that of regular soda drinkers. In fact, there’s a net gain.

This mixed nutritional message has executives scratching their heads at McDonald’s. “We’ve lost some of our customer relevance“ is how c.e.o. Don Thompson put it to security analysts while discussing the company’s most recent quarterly results. The QSR chain says it has added healthful items to keep up with supposed consumer preferences for fresher, healthier food but had received a “muted response.”

McDonald’s and other fast food feeders have been lightning rods in the dietary wars, but full-service chain restaurants are getting some scrutiny, too. Researchers from the University of Pennsylvania and Drexel University have just published a study that took a look at the nutritional value of more than 2,600 menu items served at 21 different full-service chains in the Philadelphia market. Their conclusion: “Foods served at full-service restaurant chains are high in calories, saturated fat, and sodium. Standard definitions are needed for ‘healthy choice’ tags and for entrees targeted to vulnerable age groups.”

In a perfect world, regulators seem to suggest, diet quality might well improve if people simply ate fewer meals eat at restaurants. USDA Economic Research Report ERR-161, released in mid-January 2014, was designed to analyze “how improvements in dietary quality among working-age adults from 2005 to 2010 may be related to reduced consumption of food away from home”. The verdict: not so much. Author Jessica Todd found that while both the quantity and nutritional quality of food eaten by U.S. consumers improved during the period, “the analysis showed that less than 20 percent of the improvements in diet quality could be attributed to decreased FAFH (food away from home) consumption.”

Maybe the better idea is to not fight nutritional battles at the restaurant level at all. That’s the appeal of a newly available implantable chip that monitors and controls hunger in its wearer. If you want to intervene in people’s dietary habits, this could be the most effective way to handle the problem.