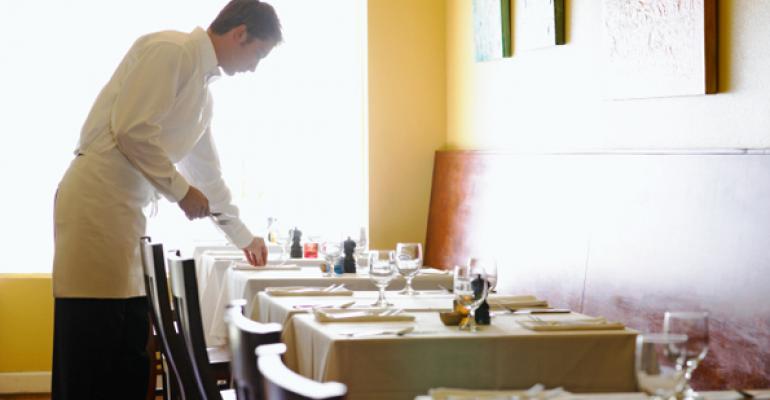 Have you hugged your servers lately?

Many restaurant owners pay lip service to recruiting and training the best servers, but a recent survey once again underscores the importance of these two key functions.

According to a poll by discount gift certificate source restaurant.com, guests value knowledgeable, efficient, attentive-but-not intrusive servers. Some 95 percent of the 2,000-plus survey participants claim that an outstanding server can make a meal memorable.

Restaurant guests are pretty demanding when it comes to their servers. Here’s what they prize:

• Advice. Nine out of 10 ask for the server’s recommendation, and 71 percent will take that advice.

• Recognition. Two-thirds of respondents say they expect to be greeted within three minutes of seating.

• Follow-through. The vast majority—91 percent—said they prefer their server to check the table once or twice—no more, no less—following the arrival of food.

• A familiar face. Three quarters have a preferred server at their favorite spot, and more than half (56 percent) have requested a specific server.

• A professional attitude. Nearly three-quarters claim to be impressed when a server doesn’t “auction off” plates and remembers which dish each guest ordered.

What do the restaurant.com results show? That taking care of the basics goes a long way toward burnishing a restaurant’s image. And since service is such an important element of the whole package, it makes sense to develop the best servers to help drive loyalty.

Loyalty is especially critical in the current economic climate. More than 40 percent of consumers say they are so loyal to their favorite restaurants that promotions don’t really factor into their decision to patronize those places, according to the NPD Group. And although more than one-third of consumers are still bargain seekers, this large group of “loyal” restaurant consumers defines value as more than price, according to a recently released NPD foodservice report.

“Consumers choosing where to dine is subject to some of the same pricing and deal pressures as other retail categories, but there remains large segments of the population for whom “value” is much more than the lowest prices,” says Bonnie Riggs, NPD restaurant industry analyst.

See the infograph on the next page for more information from the survey.

What consumers say about service