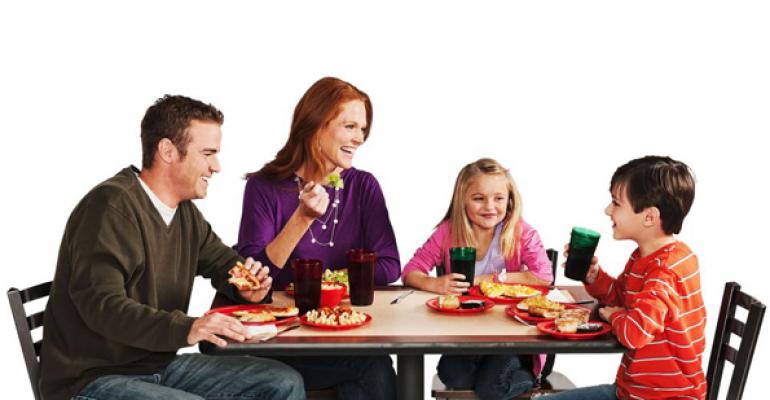 Take heart if business has been disappointing for your restaurant during the first eight weeks of 2013. You’re not alone, according to the foodservice experts at market research firm NPD Group. They say that even though growth will be hard to come by in the near future, it’s unlikely conditions will be as bad as they have been so far this year. For smart operators, some results could get a lot, lot better.

First came late January numbers from NPD’s much-followed Sales Track Weekly. They were so dismal that NPD’s global senior v.p. for foodservice Bob O’Brien was moved to title his blog entry announcing them “A Perfect Storm.”

O’Brien reported that Sales Track Weekly, which tallies aggregate same-store sales numbers collected from a universe of 50 restaurant chains, recorded a -4 percent decline for the fourth week of 2013. That marked the first time in 87 weeks these numbers were not in positive territory.

What caused such a huge swing in just one week’s time?

O’Brien said that, first, the overall economic backdrop was weak. GDP numbers showed a decline in the fourth quarter of 2012 and both employment numbers and the unemployment rate figures were tepid in early January, too.

But several additional things happened in NPD’s Week 4 that together spelled big trouble for restaurants: the weather was lousy almost everywhere; consumer confidence fell a whopping eight points; gas prices went through the roof; paychecks shrank due to the end of payroll tax amnesty; and flu numbers, or at least media-driven scares about flu numbers, peaked.

Things were so bad that “no sandwich chain grew, which has only happened a handful of times in the 20 years NPD has run the foodservice market research service,” O’Brien noted.

So if your restaurant had a poor January, you can console yourself that it was probably an anomaly. But the near future looks only a little bit better, according to a separate NPD report released last week.

Titled Planning for Growth in the New Normal Marketplace, it concludes that customers have become so cost-conscious that restaurant operators will need to redouble their efforts on customer loyalty and value offerings if they want to grow.

Here’s the gist of the NPD report:

“Nearly three of every four Americans today consider themselves cautious and controlled in their spending habits. More recently, the imposed payroll tax increase with its impact on wages, severe weather, and rising gasoline prices are all providing added stress. The new consumer mindset has restaurant operators challenged to find ways to rebuild or enhance consumer trust in their brands and in the value of their offerings in order to grow at a faster pace.”

How do you solve this problem?

“The current new normal marketplace requires operators and their suppliers to develop or realign their marketing strategies to address the needs of today’s consumer, like incentives that keep customers happy and deliver perceptions of value,” says Bonnie Riggs, NPD’s restaurant industry analyst.  “It’s also important to keep in mind that there are other marketplace growth opportunities to leverage, and there will always be winners, even in a soft market.”

Let’s hope your restaurant will be one of those winners.

Deals matter most in your online marketing mix
Jul 26, 2012