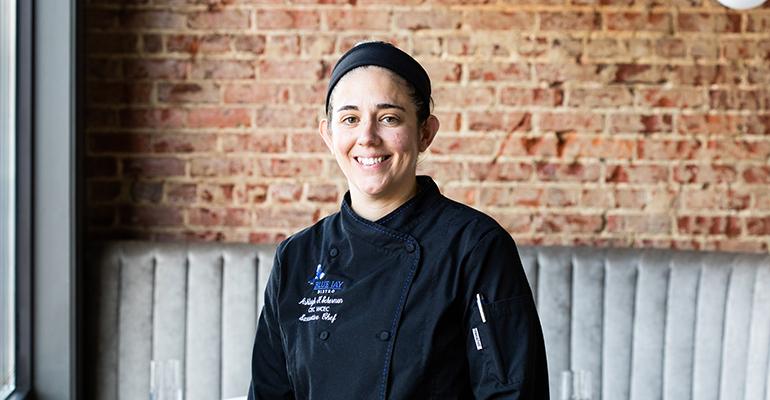 How Chef Ashleigh rediscovered her love of cooking.
People>Chefs

Why chef Ashleigh Fleming got back into the kitchen

After leaving cooking due to bad environments, she’s heading up the kitchen at Blue Jay Bistro — with a say in operations

Ashleigh Fleming was ready to quit cooking. When she was offered a head chef position, she turned it down — multiple times — but eventually started cooking again under the right conditions.

After two bad experiences in restaurants, Fleming was ready to quit when the pandemic hit, and she effectively did.

“I was like, ‘If this is what it means to be a cook, I don't want to do it anymore.’ I was really frustrated with the whole thing,” said Fleming.

With the closure of restaurants, she was left cooking at home in the Raleigh-Durham area of North Carolina, where she created a taco business. When she felt ready to look for a new job, she was searching for a restaurant operations role so she could prevent others from being treated poorly like she had been.

Then she met Ed and Deb Fitts, co-owners of then-under-construction restaurant Blue Jay Bistro in the small town of Littleton, N.C.

She applied for the operations job at Blue Jay Bistro on LinkedIn — not realizing it was over 70 miles from her home — hoping to finally have nights off. When she went to interview, everyone from the recruiter to the owners tried to suggest the chef job to her. But Fleming wasn’t accepting the position without some ground rules.

Picking up her apron again would require a fair and equitable work environment where the employees were treated well and paid fair wages. The Fittses easily agreed to these conditions — no matter the cost.

“Within the first 30 days, it was really apparent to me that they actually meant what they said,” Fleming said. “It’s not just about pay; I mean this couple was in it with us. Last week I was short a dishwasher, and one of our owners … they’re like ‘Chef, can I help you wash dishes?’… I don’t know any other restaurant or chef or team that has this sort of setup. I mean this is really magical.”

Fleming was determined that the working environment at Blue Jay Bistro be enjoyable for her staff, and that led to some of them rediscovering their love of cooking just like she did.

“Seeing them figure out new stuff and be excited to be cooking again means a lot to me. Being able to give people that I know haven't been treated [as] well [as] they deserve has meant everything,” said Fleming. 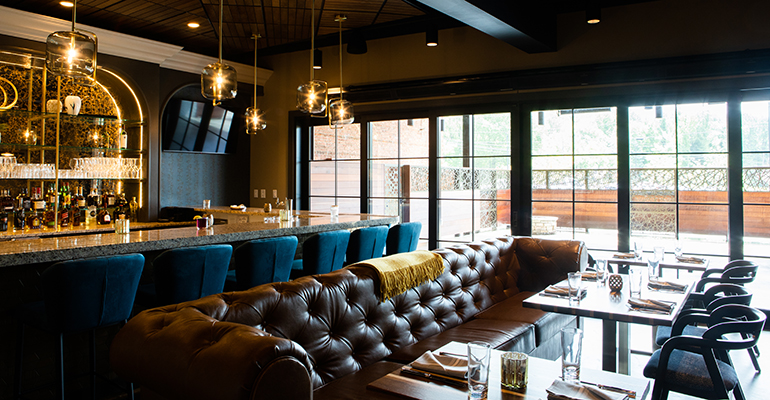 As the executive chef and head of operations — the role she initially wanted — Fleming has control over the menu and staff. She brought over several people who were mistreated and laid off at her previous job, the details of which she declined to share.

The menu proved to be a sticking point for Fleming, however. The one-square mile town of Littleton’s only previous dining spot was a Hardee’s.

“Fine dining is scary to a lot of people. You go from Hardee’s to fine dining, that’s scary,” she said. “We want to meet the community where they are.”

With only the fast-food chain as reference, Fleming and the Fittses set out to make a menu between fine dining and casual dining so as not to confuse the small town’s residents while remaining an integral part of the community.

“Given that there’s nothing there but Hardee’s, that seems like [being part of the community is] an odd sentiment, but there’s a want for other things… there’s just never been the opportunity or ambition,” said Fleming.

This is part of a larger revitalization project for Littleton from the Fittses, who are both from the town.

The menu is inspired by the area. Local, seasonal produce (think lots of okra) dots the menu along with approachable dishes. Fleming says there won’t be any Indian spiced elements on the menu just yet, not until she’s built up customer confidence to try something new.

Fleming’s journey to the small town in North Carolina began in her home state of Texas, which influenced her cooking style, inspired by the international boon in the ’80s in Houston.

“Houston was so international and so diverse, long before those buzzwords were important to anyone else,” said Fleming.

She eventually moved from Houston to Maryland but didn’t click with the people she met.

“I found that everyone who lives in that area is going somewhere else. I never met anyone that was there that was like ‘this is my home,’” said Fleming.

For the past 10 years, Fleming has lived in the Raleigh-Durham area of North Carolina, where the food is Southern — just like she likes it.

While Texas Southern and North Carolina Southern foods and flavors differ, they have the same homey feeling to Fleming. That’s something she’s trying to convey in her cooking at Blue Jay Bistro.

“You’re trying to bridge the gap [between fine dining and fast food] and so getting people to buy into our vision — to me that’s what approachable fine dining is, it’s beautiful,” she said.

Blue Jay Bistro opened to the public in late August and joins two other projects by the Fittses: Daphne’s Coffee Shop and Main Street Wines.