What the Beard Award winners mean for America 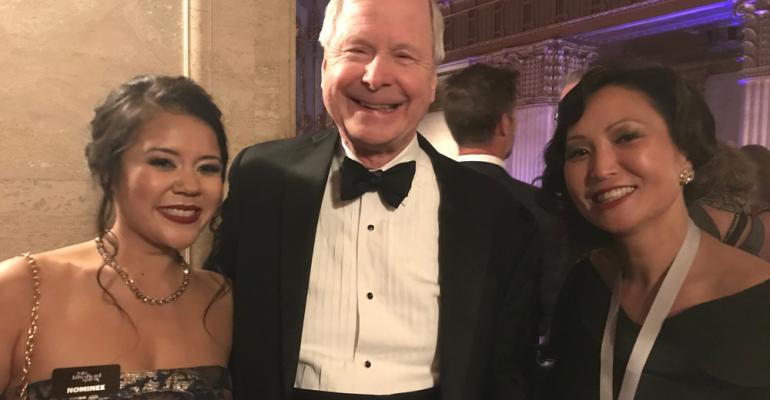 Kwame Onwuachi, chef of Kith & Kin in Washington, D.C., won the James Beard Foundation’s Rising Star Chef award for his take on the Nigerian, Jamaican, Trinidadian and New Orleans Creole cuisine. Tom Cunanan of Bad Saint, also in D.C., won the award for best chef in the Mid-Atlantic for his Filipino-inspired cuisine. The winner of the best new restaurant award was Frenchette in New York City, and Zahav, serving modern Israeli cuisine, was named Outstanding Restaurant.

So it was a good year for our nation’s capital when it comes to Beard Awards, buoyed by Patrick O’Connell of the Inn at Little Washington in nearby Washington, Va., winning a lifetime achievement award, but the awards also highlighted what cuisines are on the rise in the United States.

Kith & Kin is the first Beard Award-winning restaurant to feature West African food, which is just starting to get some attention in this country. Bad Saint helped kick off the Filipino cuisine movement in the U.S. — a movement celebrated this weekend at Sunda, a “new Asian” restaurant in the Beard Awards’ host city of Chicago, with a traditional Filipino Kamayan banquet to celebrate its 10th anniversary.

And Frenchette, serving French cuisine by Lee Hanson and Riad Nasr, who for years ran the kitchens at such Keith McNally restaurants as Balthazar, Pastis and Minetta Tavern, underscores the revival of French bistro cuisine.

The winners weren’t quite as diverse as last year, when the majority of individual winners (as opposed to restaurants), were women. Still, eight out of 19 winning individuals, including winning pairs, were women. Meanwhile, two of this year’s winners are black, Onwuachi and Mashama Bailey, chef of The Grey in Savannah, Ga., who was named best chef in the Southeast. That’s down from a record-breaking four black honorees last year, but still up from the usual number of black Beard Award winners, which is zero.

Asian Americans often make a strong showing at the Beard Awards, and this year was no exception, with three Korean Americans taking medals: Beverly Kim, who with husband Johnny Clark were named best chef in the Great Lakes region for their restaurant Parachute in Chicago; Ann Kim of Young Joni in Minneapolis who was named best chef of the Midwest, and Corey Lee, whose restaurant Benu in San Francisco was given the award for outstanding wine program.

South Asian American Vishwesh Bhatt won the award for best chef of the South for his restaurant Snackbar in Oxford, Miss.

“I am proud to be from Mississippi,” he told the audience.

From an LGBTQ perspective, wives Jody Williams and Rita Sodi were named best chefs in New York City for their restaurant Via Carota, and Ashley Christensen of Poole’s Diner in Raleigh, N.C., in accepting her award for outstanding chef of the year, told the audience she was looking forward to marrying her fiancée later this year.

Get a glimpse inside the awards ceremony.